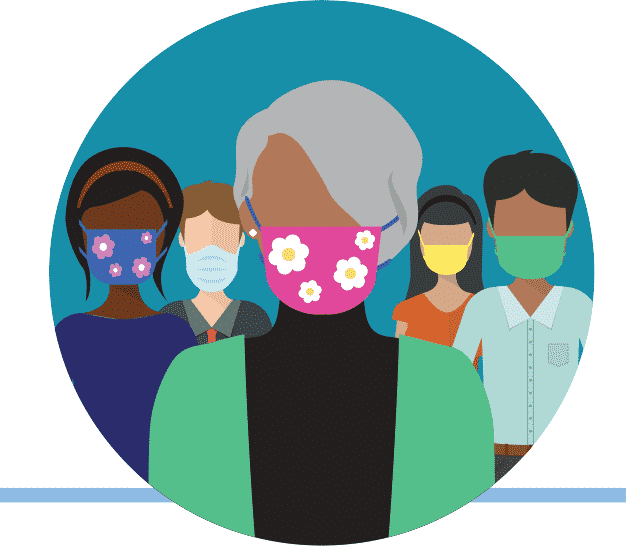 WARWICK, RI – If Gov. Dan McKee gets an extension on his executive order mask rule from the General Assembly, Rhode Island will end the mask mandate for schools next month.

Elsewhere in Rhode Island, the state will lift the indoor mask or vaccination policy at RI businesses and venues effective Friday, Feb. 11.

After March 1, McKee said, local school districts will have the discretion to set their own mask policies. McKee said state leaders want to give school officials and parents “plenty of time to plan” for the change, including more time to get initial and booster vaccination shots.

“As I am sure you have heard, today the Governor announced his intent to extend his Executive Order mandating masks in schools until March 4,” Warwick School Superintendent Lynn Dambruch said via e-mail. “Given this announcement, we just wanted to remind everyone that the masking mandate and School Committee policy requiring masks in schools will continue in full force and effect until March 4, 2022.  We will provide you with any updates that become available as we get closer to the March 4th date.”

“I think masks should be optional at this point,” said School Committee Vice-Chairman David Testa.

Testa said he doesn’t know what impact the mask mandate has had on preventing infections in schools.

“I don’t think you can say it’s had no effect but I don’t know what you can say about what kind of effect it’s had,” Testa noted.

The lack of masks during the Nov. 6 Pilgrim homecoming dance, one of multiple violations of written and verbally delivered Rhode Island Department of Health and school COVID-19 rules, had a notable impact, however, according to the Warwick School Department’s own report.

The dance, organized in part by Social Arts Coordinator Cynthia Rix under the late Principal Gerald Habershaw‘s supervision, resulted in at least 45 of the 65 COVID-19 cases from the school last November, according to the report and RIDOH. The report notes the resulting COVID-19 illnesses caused more than 1,100 students to miss seven days of in-person instruction due to the inability to contact trace the event, since protocols were not followed.

“Now is not the moment” to drop mask mandates in schools and other public places, she said Tuesday.

McKee saw things differently during his Wednesday afternoon address about the pandemic.

“We’ve made considerable progress against COVID-19 and the recent surge, and we are in a much better place than we were in early January,” McKee said at the briefing, where he was joined by his fellow state leaders.

“Our team feels we can safely and confidently take these steps based on decreasing COVID numbers and increasing vaccination rates,” McKee said.

Testa isn’t sure how the school committee will proceed when the mask mandate expires on March 4.

“I think we had some sort of a mechanism in place where we could change based on what the state did,” Testa added.

Masks will still be required on public transportation due to federal rules, and businesses will have the ability to set their own policies related to masking and vaccination requirements.

McKee’s decision happened as coronavirus cases continue to decline in Rhode Island after soaring due to the highly contagious omicron variant. Massachusetts Governor Charlie Baker announced an end date for his state’s school mask mandate earlier Wednesday, and Connecticut’s governor did so earlier this week. McKee said he spoke with both of his fellow governors in an effort to coordinate regionally.