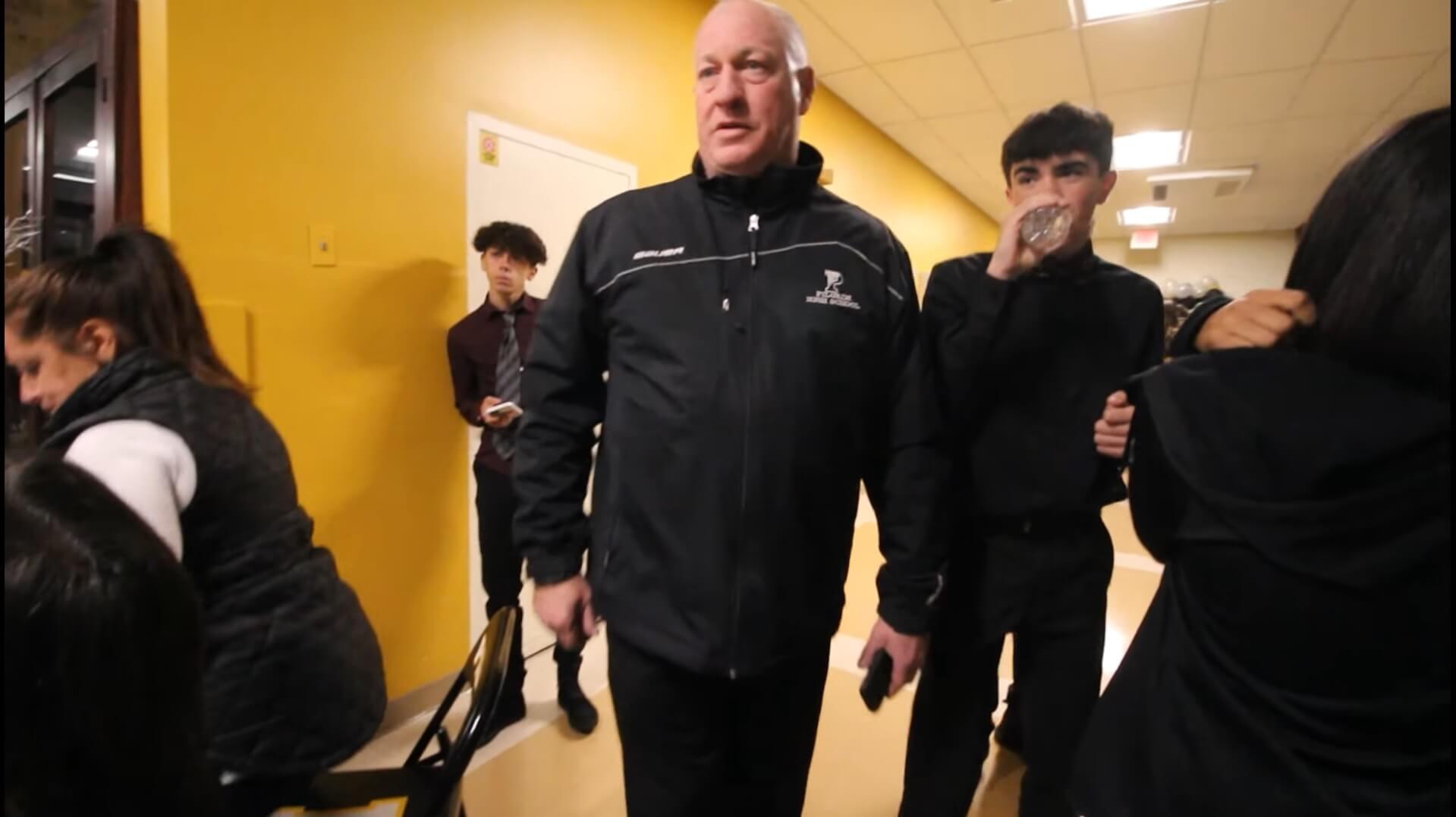 CLARIFICATION: School Committee member David Testa’s  comments on the differences between the Toll Gate and Pilgrim homecoming dances has been updated to clarify his intent.

A Warwick Beacon video from the Nov. 6 dance showed Habershaw and a large percentage of students in attendance without masks indoors, a clear violation of state guidelines. Rix played a key role in organizing the dance.

In a letter to parents Monday, the school department announced that Pamela Bernardi will be acting principal until further notice.

“The whole issue is, what policies if any, were violated? The masking indoors evidently was not followed [at Pilgrim’s dance]. It’s a question of which guidelines, rules, and regulations were not followed. That’s what I think the Superintendent has to find out.”

Supt. Lynn Dambruch announced this week that she has launched an investigation into the events surrounding the outbreak.

“We are aware that students, parents and staff have questions related to recent events at Pilgrim High School,” Dambruch said on Tuesday. “As many of you are aware, video footage related to the recent Homecoming Dance was seen on both the local media and Instagram social media. This footage appears to show potential violations of RIDOH and RIDE guidance, as well as the Governor’s Executive Order(s) and School Committee policy and therefore it is currently being investigated… Due to the nature of the investigation we cannot provide any additional information at this time.”

Testa said that while he has seen pictures of students without masks at Toll Gate High’s recent dance, that’s not necessarily a concern since that event was apparently under tents that had no walls.

As for the students shown inside the tent without masks, “That’s a tent with walls. They’re supposed to be open on two sides. I’ve heard conflicting reports that it was open on both sides and that it wasn’t,” Testa said. “But when you have walls in (the tent), it’s not much different than being inside. There are two questions: 1) were both sides open? 2) I don’t know what the capacity was for the tent. How many people could it hold? How many people were in it? I have no idea.”

“My gut reaction was I knew the tent had walls because I saw that on social media so if they were in an enclosed space, then I think you were supposed to have a mask on. Without looking at the RIDE guidelines, I couldn’t answer that with certainty.”

“The whole issue is, what policies if any, were violated? The masking indoors evidently was not followed. It’s a question of which guidelines, rules, and regulations were not followed. That’s what I think the Superintendent has to find out.”

Testa noted that Habershaw’s leave is a “personnel matter,” which prevents him from discussing it further, but he also pointed out that Toll Gate High School’s homecoming dance presented no problem, in terms of an outbreak of COVID among TG students/staff.

“People were indoors and very few people had masks on,” Testa said. “I think that has to be an issue. Warwick (school) policy is ‘Wear masks in schools’, not just on a school day. When you’re in the building, you wear a mask. Personally, I don’t like it, but those are the rules.”