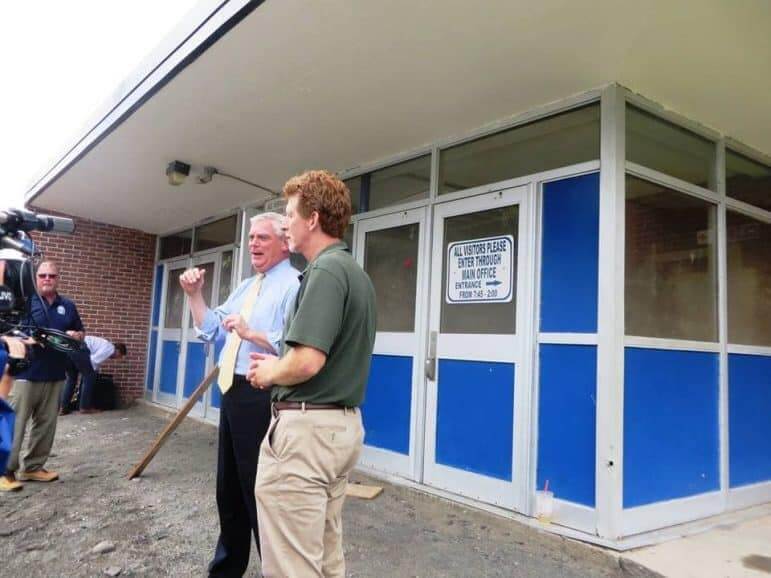 This spring, Warwick Veterans Memorial High School celebrated the achievements of its last class of graduates, as staff and students prepared to split up between Pilgrim High School and Toll Gate High as the long-anticipated school consolidation plan was set in motion.

Altogether, the changes save the district $4.5 million annually.

Renovations at Warwick Vets and Pilgrim include new auditoriums with new seats, floors, curtains, stage, lights and audio equipment. Improvements will also be made to entrances, bathrooms and classrooms at Vets and Pilgrim. Pilgrim’s cafeteria and annex building will also receive upgrades.

The tracks at Pilgrim and Toll Gate will be resurfaced, and Winman Junior High will get new floors.