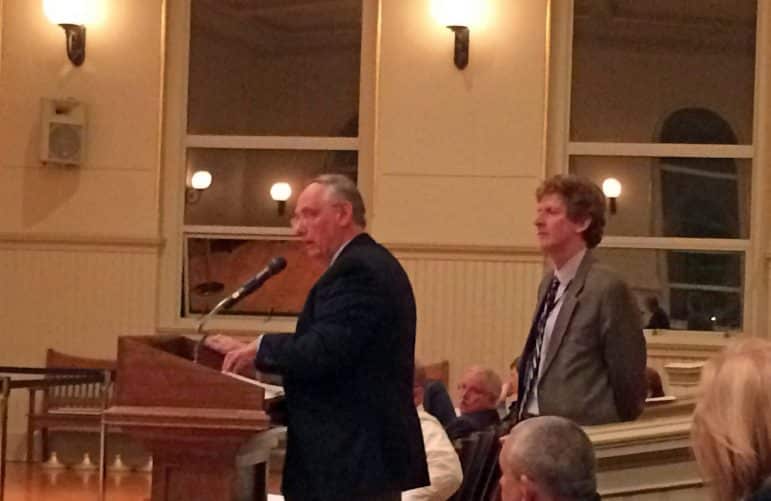 Warwick, R.I. — City Council unanimously voted to release $5.1 million of $25 million in school improvement bonds voters approved in 2006, with the School Department’s promise to pay half the interest, about $180,000.

Although Mayor Scott Avedisian and the Warwick School Department agreed in February to share the cost of debt principal and interest on the bond release fifty-fifty for the first year, that agreement couldn’t be put into writing for the Council.

Bond counsel Karen Grande, an attorney with Locke Lord in Providence, explained that the RI Health and Educational Building Council would not approve the bonds unless the Council, as the primary authority on the borrowing, committed to the debt without reservation.

“The lender will not be put in the position of having the City say, ‘Oh, no, we’re not going to pay for these bonds because it’s the school board’s responsibility,” Grande said.

However, Warwick Public Schools Superintendent Phil Thornton told Council members the School Committee had already voted to split the interest payments, which would amount to about $180,000 for each entity.

Ultimately, Councilman Joseph Gallucci asked to move the vote, noting that despite his fellow councillors’ feelings about the deal, they were all in favor of releasing the bond, a separate matter.

“I think we’re all in agreement here,” Gallucci said.

The Council initially voted 8-1 to approve the release of the funds, with Councilman Thomas Chadronet voting against. They then reconsidered the vote, this time approving it unanimously.