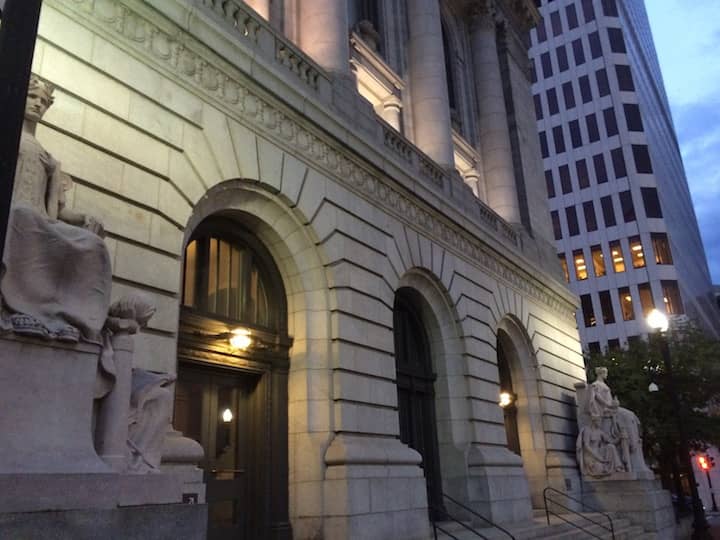 The witness/notary suspension was agreed to two weeks ago by the RI Secretary of State and attorneys for the American Civil Liberties Union, the ACLU of Rhode Island, the Campaign Legal Center, and the law firm Fried Frank. The latter group sued to block requirements for mail-in voters to have two witnesses or notaries sign their ballot envelope, even in the midst of the highly contagious and deadly COVID-19 pandemic.

The requirements necessitate face-to-face and hand-to-hand interaction between voters and others who pose a potentially fatal risk to the voters’ health. U.S. District Judge Mary McElroy, an East Greenwich resident and Warwick native, approved the agreement to suspend the witness requirements.

The Republican Party of Rhode Island and the Republican National Committee appealed that decision to the Court of Appeals in Boston, asking that enforcement of the consent agreed be stayed, arguing risk from COVID-19 is not substantial, and invoking the oft-discredited spectre of voter fraud in their argument.

“COVID-19 cannot be used as an excuse to eliminate safeguards against fraud. Rhode Island is in the middle of its Phase III reopening. If it is safe enough for 50 people to meet indoors, for nursing homes to accept visitors, then it is safe enough for a voter to have his or her mail ballot envelope signed by two witnesses or a notary,” The Republican Part of Rhode Island wrote in a statement about the appeal on July 23.

In fact, five days later, Gov. Gina M. Raimondo, citing concerns about the spread of COVID-19 as the state relaxed restrictions meant to limit it, reduced indoor and outdoor gatherings to 15 people.

In the appeals decision, the court agreed with the wisdom of removing the signature requirements during the pandemic, noting that, combined, the two presented an unusually daunting barrier to voters.

“The burden imposed by these requirements in the midst of a pandemic is significant. First, many more voters are likely to want to vote without going to the polls and will thus only vote if they can vote by mail. Second, many voters may be deterred by the fear of contagion from interacting with witnesses or a notary,” the decision reads, adding, “Taking an unusual and in fact unnecessary chance with your life is a heavy burden to bear simply to vote.”

Speaking directly to the likelihood of voter fraud, the court was unconvinced the concern outweighed the  risk of contracting COVID-19. It referenced the recent June 2020 Presidential Primary, which contributed no evidence to the danger of voter fraud, in support of its view.

“Rhode Island just successfully completed an election without the two-witness or notary requirement in which over 150,000 mail-in ballots were requested and no evidence of fraud resulted, much less material evidence of the type of fraud that could be prevented by the two-witness or notary requirement in the first place,” the three-judge panel wrote in its unanimous decision.

The three-judge panel unanimously denied the request, calling the Party’s fear of voter fraud “dubious as a matter of fact and reality,” and noting the position of elections officials in support of suspending the requirement.

Michael Keats, an ACLU cooperating attorney from the law firm of Fried Frank who argued the case, lauded the decision.

“We are gratified the Court of Appeals agreed that Rhode Island voters should not be forced to choose between their health and their constitutional right to vote.  The decision demonstrates once again that the Courts and the Constitution remain the only bulwarks against political inaction and partisan calculation.”