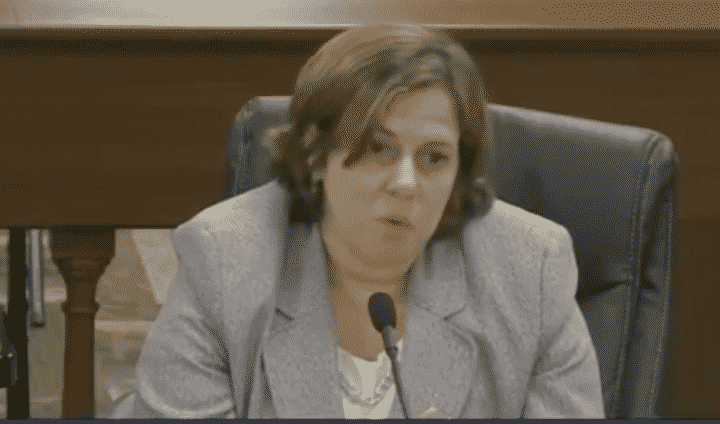 WASHINGTON, DC — On Wednesday, the U.S. Senate approved the nomination of Mary S. McElroy of East Greenwich to be the next U.S. District Court Judge for the District of Rhode Island.

McElroy, a Warwick native, is the first woman in RI history to serve as the state’s chief public defender. She will fill a judicial vacancy that has sat empty since Judge Mary M. Lisi assumed senior status in 2015, according to a statement from U.S. Sen. Jack Reed’s office.

The U.S. District Court for the District of Rhode Island is the state’s federal trial court and has jurisdiction to hear nearly all categories of federal cases, including both civil and criminal matters,  according to Reed’s office.

U.S. Senators Jack Reed and Sheldon Whitehouse recommended that President Obama nominate McElroy for the federal judgeship, which Obama did in July of 2015, according to the statement.

The Senate Judiciary Committee advanced McElroy’s nomination in 2016, but she was never scheduled for a confirmation vote by Republican Leader Mitch McConnell (R-KY).  After she was re-nominated by President Trump, she was also approved by the Judiciary Committee in the fall of 2018, but once again, did not receive an up or down vote in the full U.S. Senate before her nomination expired at the end of the last Congress.  She was re-nominated by President Trump earlier this year.

“Mary McElroy is extremely well-qualified, and today’s big bipartisan vote demonstrates that fact.  It is great news that Rhode Islanders will now have a fully staffed court so cases can be heard more efficiently and justice isn’t delayed. Mary is a proven, widely respected leader in Rhode Island’s legal community.  She will serve the people of Rhode Island on the federal bench with honor, integrity, and fairness.  I know this was a long process, but this is a lifetime appointment, so it is important to get it right.  Today, the Senate did just that, and I thank my colleagues for overwhelmingly approving Judge McElroy,” said Reed.

“I am thrilled that Mary McElroy is at long last officially set to become a U.S. District Judge for Rhode Island,” said Whitehouse.  “Mary has impeccable credentials and a long commitment to public service.  I’m confident she will serve the people of Rhode Island with distinction on the bench, and pleased at the happiness of her new colleagues at her arrival.”

McElroy graduated with honors from Suffolk University School of Law and holds an undergraduate degree in history from Providence College.  She clerked for the Honorable Donald F. Shea of the Rhode Island Supreme Court.  McElroy also has experience in private practice as an associate with the Providence law firm Tate & Elias LLC, according to the statement.

McElroy’s nomination was approved by ‘voice vote,’ meaning the full U.S. Senate approved it with nominal or no opposition.

The district judge job carries a lifetime tenure.  McElroy must be sworn in before she can be seated on the federal bench and begin hearing cases.