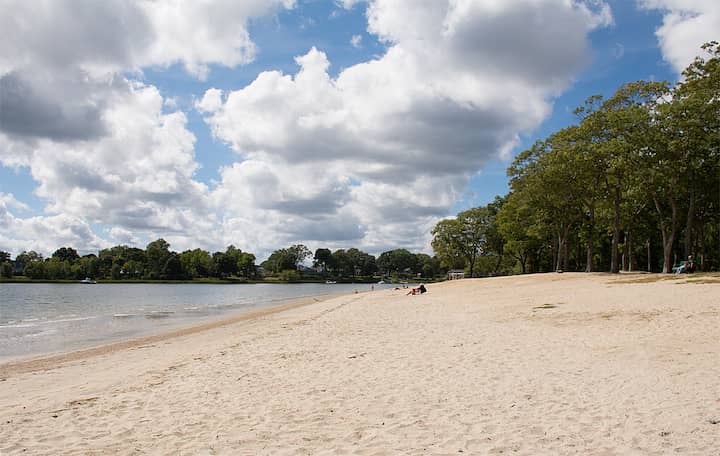 WARWICK, RI — Warwick Police interviews with witnesses and lifeguards at Warwick City Beach when Jamil Stewart, 6, drowned Aug. 14 show the Parks and Recreation Department has no lifeguard procedure or training for missing persons, that the two lifeguards on duty ignored the family’s pleas to search the water, and one of the lifeguards responded derisively to their worries.

Avedisian said there should have been a third lifeguard on duty, according to state regulations.

“Additionally, only one lifeguard had the correct beach-lifeguard certification, the other did not,” Avedisian said. “As a result of these investigations, one supervisory employee has been terminated and another has resigned. Additionally, based on the assaults and threats against the lifeguards on duty at the beach, the City remains concerned for the personal privacy and safety of our workers, and will not release the names of any employees involved in the investigation.”

Avedisian has also not identified the two supervisors.

“We have begun the process of examining our current policies and procedures and will work closely with the Department of Environmental Management and the Red Cross going forward. Furthermore, after identifying the areas for improvement, we will work with each organization to make sure all the necessary changes are made,” Avedisian said.

Copies of Warwick Police interviews with each lifeguard on duty that day, as well as witnesses and members of Jamil’s family, show apparent confusion about whether the lifeguards’ search for Jamil should’ve been conducted as a missing person case or as a potential drowning.

According to several witnesses interviewed in the report, one of the lifeguards, identified in the police reports as Lifeguard 1, wearing a blue shirt, refused to start the search in the water, telling the family, “If he was in the water, he would float.”

Det. Terence McMullin reported that although Lifeguard 1 denied making that statement, several inconsistencies in his testimony called his account of events into question, including initial false claims that he’d participated in the water search, that the family didn’t tell him Jamil was last seen in the water, and a false claim that Jamil’s family was intoxicated. McMullin debunked the latter by checking with four other officers at the beach that day, all of whom noted no signs of intoxication by any of the family’s members or signs that any of them had been drinking that day.

“The identified discrepancies in Lifeguard 1’s statement make him less credible,” McMullin wrote in his report.

Ultimately, a woman, Angel Soares, who had been helping to look for Jamir, began organizing a human chain in the water to locate Jamil. The search line, comprised of members of the public, found the boy at 6:23 p.m. on its second pass of the area Jamil had been swimming in as more people joined the search.

About 43 minutes had passed since Jamil was last seen in the water at 5:40 p.m.

CPR was performed on the boy, but he was later pronounced dead at Kent County Memorial Hospital.

According to the report, a ring of Warwick Firefighters stepped in to protect the lifeguards as the family and members of the crowd began to surround the two men and attempted to assault them. One of the lifeguards was struck in the head by a woman, who was not identified. The lifeguard has not pressed charges in the assault.

“I would like to thank all the first responders, including beachgoers who assisted with the search. I would also like to thank the Warwick Police Department, as well as all the witnesses who cooperated with the investigation. To conclude, our thoughts and prayers will remain with all those who have been affected by this terrible tragedy,” Avdesian said.

Neither lifeguard helped organize or participated in the search, according to both witness statements and the lifeguards’ own account of the day. The lifeguards also reported there are no drills, training or procedures in place to prepare lifeguards for such situations.

McMullin noted during the interviews with the lifeguards that part of their investigation was focused on identifying needed changes to emergency procedures for City lifeguards.

One witness, Tiqua Johnson, told detectives the lifeguards didn’t appear to know what to do during the search for the boy, and that as the boy’s family members became more worried and panicked, the lifeguards, “Didn’t seem to worry at all.”

Copies of the police report and interviews, as well as Mayor Avedisian’s statement on the investigations, have been embedded below: