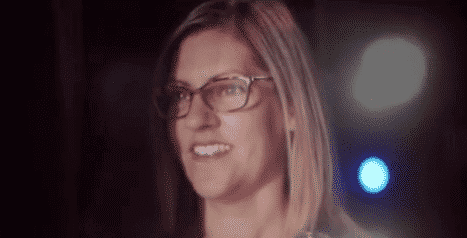 “When I stumbled upon the contest online I figured we had nothing to lose by entering, I mean I think we’re pretty special and I know we make more happen!” said Amiee Turner, Producing Artistic Director of Ocean State Theatre Company. “Entrants were asked to describe, in 200 words or less, how their business is ‘making more happen’ and in 50 words or less, to describe their one best piece of advice to other small businesses.”

As their winning entry indicates, Ocean State Theatre Company is “making more happen” by adding over $3,000,000 of annual revenue to the state economy and generating the equivalent of more than 75 full time jobs at local businesses.

In addition, OSTC re-invests over $50,000 annually in the local community by giving away more than 1,000 tickets in support of a wide-range of fundraising events and other not-for-profit organizations. OSTC has achieved this success by responding dynamically to the feedback of the greaterRhode Island community to continually improve the services it provides.

As their winning entry indicates, Ocean State Theatre Company is “making more happen” by adding over $3,000,000 of annual revenue to the state economy and generating the equivalent of more than 75 full time jobs at local businesses.

OSTC is the only professional theatre company in the state which regularly hires local, professional musical theatre actors and musicians and the only professional arts organization offering a year-round calendar of theatre geared toward children and families. Its presence assists in creating a vibrant, lively neighborhood, and by improving the quality and quantity of its services. Ms. Turner’s advice to other small businesses is to “know the existing market and then fill a void. If what you are doing is truly unique, is currently missing from the landscape, and is valuable to the community – you will always be a complement to the market rather than competition.

As one of the winners, Ocean State Theatre Company welcomed a production company sent by Staples from California in late July, during its production of Damn Yankees. The production company, Breakwater Studios, was on-site filming for nearly 20 hours, which resulted in a professional 45-second spotlight video.

In addition, OSTC was awarded a $1,000 Staples Print & Marketing Services package to assist with marketing. The total value of the prize package was $25,000. The video, which was released this week, is now being featured nationally on Staples’ social media channels.