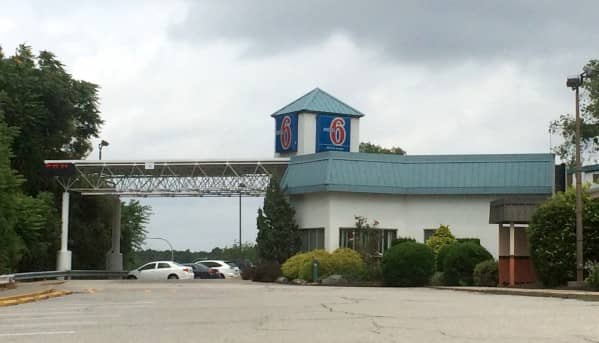 Warwick, RI – Mayor Scott Avedisian, the Board of Public Safety and executive leadership of Motel 6 from Carrollton, TX met this morning, agreeing on a plan to curb criminal activity at the motel’s Jefferson Boulevard location.

Tonight,during the Board of Public Safety meeting at Warwick Police Headquarters, 99 Veterans Memorial Highway, WPD Chief Col. Stephen McCartney and the members of the Public Safety Board were optimistic about the plan.

McCartney said the members of the Motel 6 delegation impressed him as committed to curbing the numerous calls to the establishment in recent months, resulting in 75 arrests, including a sex trafficker last month and a meth lab operator the week before. McCartney said he was also confident the measures they and the city have agreed on will work.

McCartney was particularly impressed with the Motel 6 management’s DNR, or Do Not Rent list, to which the WPD can ad the names, dates of birth, and criminal records of people in the city with checkered criminal pasts.

“And that person will no longer be able to stay at the motel locations nationwide,” McCartney said.

McCartney said other police departments can also submit names to the list. For the future, he said, he’d like to work on sharing the list with other motels and hotels.

Additional elements of the plan include:

“We found Mr. Glover and his team to be extremely open, forthright, and willing to continue to work with the city and any other concerns going forward.  We are all committed to furthering efforts to ensure the safety of Motel 6’s staff and guests and the community in general, and to foster the future success of Motel 6 here in Warwick,” Avedesian said in a release announcing the plan Tuesday night.

See the entire release embedded below:

Board of Public Safety 0415 Memo