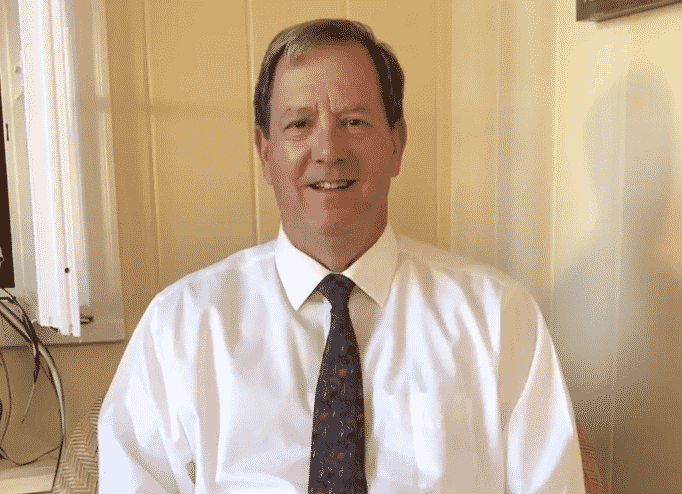 “For the most pressing issues, such as over-burdensome taxes and city services, they are looking to local officials for solutions. Some residents have turned to social media because they can’t gather to meet, and are taking matters into their own hands,” Foley wrote on his campaign website.

Warwick Post.com emailed the same 10 questions to each Ward 1 candidate Monday night and gave them until Friday, Oct. 30, to respond. Each was asked to acknowledge receipt of the emailed questions, and their intent to answer them.

Foley acknowledged receipt Oct. 27 and returned his answers on Oct. 30. Following are his answers, printed verbatim:

I have spent the last 5 months talking with my community, neighbors all over Ward 1. One thing is clear, we require a City Councilor who advocates for Ward 1’s interests and provides leadership that pushes the City of Warwick to its full potential. Therefore, if questions are posed by members of my community, Ward 1 and beyond, I deem it my responsibility to seek an answer for them.

I believe that a clear benefit of my experience as a Union President, as a former City Council member, and as a public-school teacher for over 40 years, is that I know how to build bridges. I will identify stakeholders in the issue that is being posed and be persistent with my requests for more information and ultimately for a definitive answer for the citizens of our City.

When I served on the City Council I chaired the Public Safety Committee. During my tenure, I ran efficient and effective meetings. The most important aspect of this effort was coming prepared to every meeting. It will be my responsibility, and the responsibility of my fellow Councilmembers, to seek the nuanced information about each issue before our meetings begin. This type of due diligence will also allow us to plan for public comment when we know an issue of importance is on our docket. Utilizing our meeting time as a way to truly discuss the merits of certain issues, we will steer away from the days of meandering meetings that do not seek the answers that our residents require from us.

With all the challenges that this pandemic has thrown us, I believe that it has also showed us the importance of increasing the digital literacy of Warwick and its City Council. I would push strongly to increase virtual access to our meetings so that even after we prevail through this pandemic, our citizens know that they will always be informed about the discussions of their local elected officials.

Another pursuit under this initiative is to improve the digital presence of our City, both through social media and Warwick’s website. This will allow residents to have an easy-to-use portal for accessing city services. Serving as a common place for announcements, updates, and information, it will improve our City’s access to municipal services. Overall, a push to bring our city to its full potential would be incomplete without acknowledging needed technological advancement.

Should citizens expect that their council representative must pursue such measures to secure City services? How would you address this problem?

I would address this problem with persistence and effectiveness. I do not stop advocating for an issue until I have received the answer to my question and to the constituent’s question. As public servants, I believe that it is our responsibility to seek out, learn about, and pursue issues of this nature. In particular, I would look to see what breakdown of the system resulted in services not being provided in this instance. We must get to the bottom of issues, instead of continuously scraping the surface.

I have hands-on experience with budgeting for our public schools. My experience is informed by having sat on both sides of the negotiating table. When I was a City Councilor, the School Department came to us with a budget that added $2 million dollars in funds. Educating myself on their proposed budget, I couldn’t find why they needed this increase at the time. So, I told them that I would not vote to raise their budget now. Instead, if mid-year comes around and our schools require additional funding, I would be their guy in the council chambers to advocate for that money.

That fiscal year passed, and it turned out that our schools did not require the additional sum.

I handle all issues with commonsense and communication. This requires trust and follow through, and I am known as an honest broker.

Will you continue to vote to approve budgeting paving funds in amounts the city typically fails to use?

I believe that Warwick is currently in the financial position that will allow us to confidently move forward with paving and infrastructure projects. Historically low interest rates for Warwick help us to secure this paving bond at an attractive rate. Given that an unbiased audit of our roads has just been completed, it is a good time to move forward with these projects.

So, I believe I must expand upon the premise of your question because I would vote for budget proposals that do make sense according to the facts, as long as the money is spent efficiently and effectively.

Accountability is a large aspect of my campaign because it is something that many neighbors voiced to me as a main concern with prior representation. In moving forward with our large-scale paving projects and infrastructure initiatives, Warwick should continue to publicize the anticipated completion time and expected budget for each project. Utilizing a stronger digital platform, this is information that we can spread efficiently to our citizens.

This will allow citizens to follow along, to know more intimately the condition of their roads and infrastructure, and for the first time in a long time, have an idea as to when they will be fixed.

8) Was the surprise Dec. 20 special meeting to ratify the Firefighter’s Contract called by the Warwick City Council, catching one Council member on a flight, and ultimately ruled illegal, a wise decision?

Our City Council now has the ability to review and vote on each municipal union contract. This adds a layer of transparency that is greatly needed but has only been given to us in recent history. It is the responsibility of that Council to hold the meetings with regard to these contracts with a reverence to the fact that they are intended to be forthright, honest, and transparent as well.

It is also the Council’s responsibility to ensure that every member has adequate time and sufficient notice to educate themselves on the issues discussed at the meeting, This helps to ensure that each member is able to actually attend the meeting. Our Council must do a better job at remaining transparent and forthright with their decisions.

I have spent hours behind the negotiating table and my main priority has always been about the stakeholders in the discussion, the ones that I represent and advocate for. These stakeholders deserve to have their questions answered, clearly and without muddy language that would ultimately face little to no support in court. No, I would not vote to pass a document with uncorrected errors. It does not meet the needs of any stakeholder in a contract negotiation to not have a strong document in their hands.

10) President Donald J. Trump has refused to commit to a peaceful transfer of power if he loses the election, and has violated First Amendment protections with repeated attacks against the press and use of tear gas against peaceful protesters.

What is your position on upholding the Constitution of the United States of America, including the First Amendment? What of the country’s unbroken record of the peaceful transfer of power?

In the weeks and months before the vote on our Constitution in 1789, a group of Founding Fathers wrote under the name of Publius to argue in favor, in a series of articles known as the Federalist Papers. Opponents, specifically Brutus penning the Anti-Federalist argument, found issue with the fact that our inalienable rights were not enumerated with greater emphasis and assurance. So, after our Constitution was ratified, the Founding Fathers created our Bill of Rights. It describes the most basic of our assurances as Americans. The Constitution and its corresponding list of amendments, like the original 10, are the governing documents that give America its freedom, that protect our unalienable rights, and are what makes America the greatest experiment, and the greatest nation in the world.

How we have strayed from the ultimate goal of being one country, united, is where my fear emerges with regard to an “unbroken record of the peaceful transfer of power.” There has always been contention and many times this has turned into violence in our nation. We are now the same distance in history from WWII that the Greatest Generation was from the Civil War. Never have we seen a President refusing to concede when defeated. I hope that this President, as he recently stated he will, if he loses, continues with the tradition of the peaceful transfer of power, as all the other holders of this office have done.