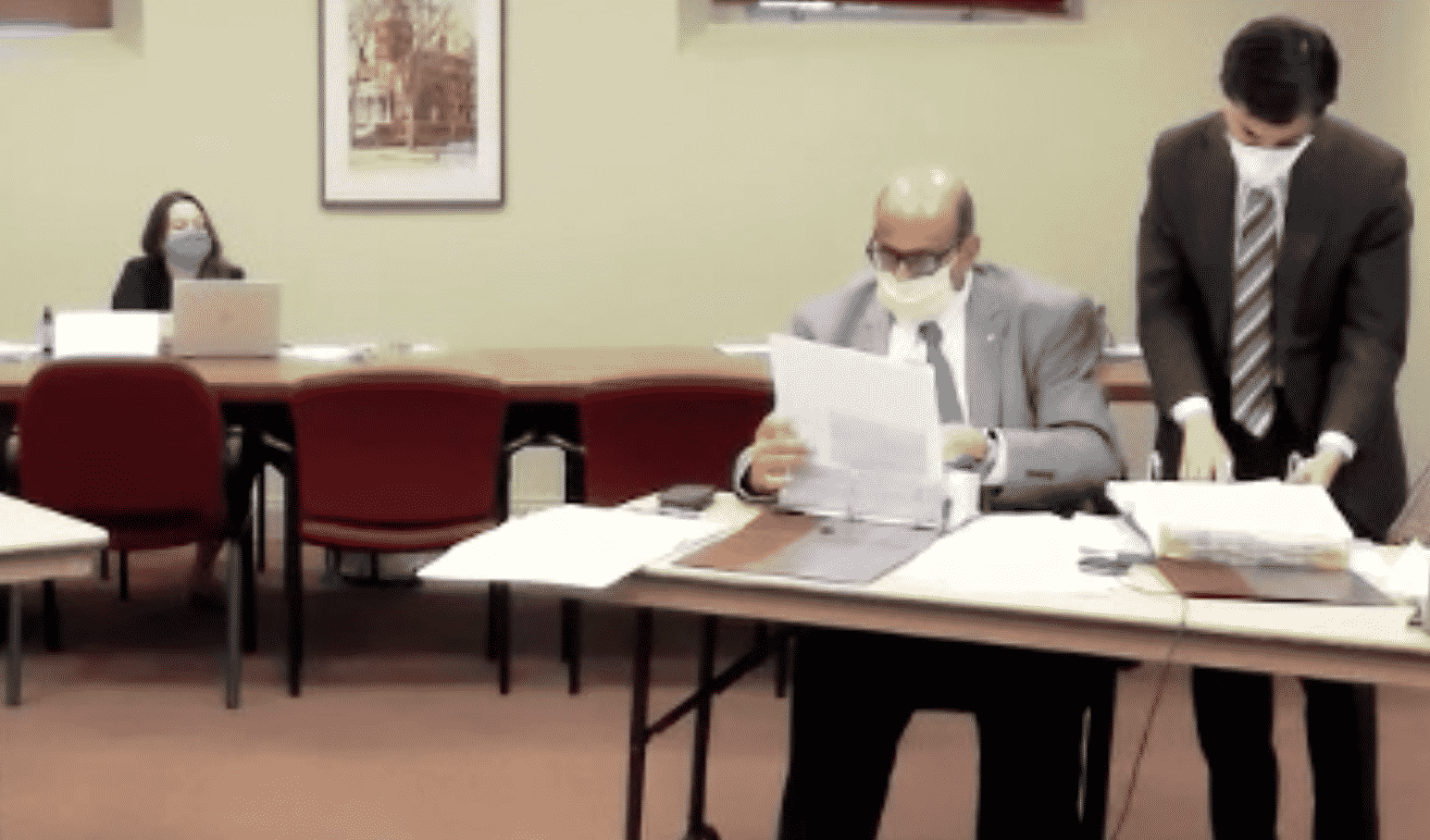 Solomon did not answer questions about what the city’s tax collection rate was last year; whether yearly maintenance could be done on shut-down swimming pools; why a salary line item increased when staffing decreased; and what nearly doubled the RIEMA pass-through grant line item.

“Is that because of a step increase or longevity?” Ladouceur asked.

“I believe that a lot of them are contractual and fill vacancies,” Solomon said, again describing the need for cleaning staff to keep pace with frequent cleaning.

Ladouceur continued, asking why the department head had asked for $867,436 in the salary line item.

“I’m curious as to what formula or thought process brought him to that number, of an increase of $100,000,” Ladouceur said.

Solomon said the increase was made to pay for a new position dealing with insurance claims.

“Mayor, I think we’re talking about two different things.” Ladouceur said, repeating his question, “The question is, what was the rationale for the proposed budget increase of $100,000. That’s the question.”

“Yes, which was a decrease,” Solomon said.

Solomon said all he knew was that the line item increased by $15,000, which he was sure was due to a contractual raise.

Councilman Richard Corley asked about the personnel supplement, where two building maintenance positions had been eliminated, and asked if those positions were permanently eliminated, or if they were temporary layoffs, and what sort of positions they were.

“I cannot discuss the layoffs, Councilman,” Solomon said, referencing his restraint announced Tuesday night, that he would not comment on matters subject to union grievance.

“You have to factor in the raises too,” Solomon said.

“So the raises for the 14 people offset two full positions?” Phillips asked.

Solomon said part of that was a salary increase, and then said he wouldn’t discuss “labor issues.”

“I’m not asking about labor issues,” Phillips said, “What I’m talking about is the costs. If your head count goes down how does your salary cost go up, is all I’m asking. And it can’t be raises. It can’t be raises. Three percent of $725 [thousand] is $25,000. It’s a legitimate question.”

Solomon said longevity pay is also part of the increase. Phillips asked then if Solomon meant that any savings in salary had been eaten up by salary increases and longevity.

“As a taxpayer, I feel like there’s a mood in here that there’s a general, if anyone asks a question, it’s either attacking or it’s negative,” Phillips said.

“That’s not a question,” said Merolla

“I think it’s legitimate for Councilman Ladouceur to ask why an original (proposed) budget was going to be 28 percent over,” Phillips said.

Hartley asked to comment, aiming to answer Corley’s question about the building maintenance positions, saying there had been eight laborers, four operators, two tractor trailer drivers, a street sweeper foreman, a custodian/building maintenance personnel and a supervisor for that division…” before Merolla interrupted him, reminding him they could not discuss grievance matters.

Unanswered: Can pool maintenance be done during shutdown?

Rob Cote asked if it would be possible to use the shutdown of Warburton Arena and Thayer Arena to perform pool maintenance at Warburton, which is usually due in late summer, to avoid the need for it when the pools might be able to open.

“Why don’t we take this up, while this building is shut down, to do that essential maintenance now and keep these people busy,” Cote said.

Solomon began talking about how some question the gravity of the COVID-19 pandemic and whether the threat of the coronavirus causing it was real.

“Are there any other questions?” Merolla asked.

“It’s not a budget question. I’m not answering it,” Solomon said.

“I think you got your answer, Mr. Cote,” Merolla said.

That ended Cote’s participation in the meeting.

The evening recovered its decorum, but questions about the budget continued at Solomon’s discretion.

“Why do we think we’ll get more?” Corley asked.

Solomon did not answer the question.

Solomon also had to be asked three times about the city’s recent collection rate before agreeing to provide the answer, outside the hearing.

Ladoceur asked about the projected 99 percent collection rate, given that the budget revenues were based on it and that COVID-19 was playing havoc with the economy.

Solomon referred the question to Lynne Prodger, former City Treasurer, as Warwick’s interim finance director, who repeated the basis of Ladouceur’s question, that it was budgeted at 99 percent last year, but did not disclose how much was actually collected.

Merolla noted that Council members were interested in the answer.

“Financially, the city’s doing fine,” Solomon said, which was also not the answer to Ladoceur and Merolla’s question.

“The information that I would be most interested in is the collection rate for the last few years,” Rix said, as well as during the recession in 2009 and 2010, which would provide context for the current situation.

“I will put that together for you,” Solomon said, finally.

After the exchange, Rix acknowledged the Mayor’s difficulties with the evening’s questions.

“With some of the questions, he didn’t have the information right in front of him and stated that the information would be sent to us before the vote on Saturday. Other questions, there are some unknown factors especially due to the unknown impact that COVID-19 may have between 7/1/2020 – 6/30/2021, and that was acknowledged. I’m satisfied with the responses I received to my questions, but, I wouldn’t want to speak for others on their questions,” Rix said.