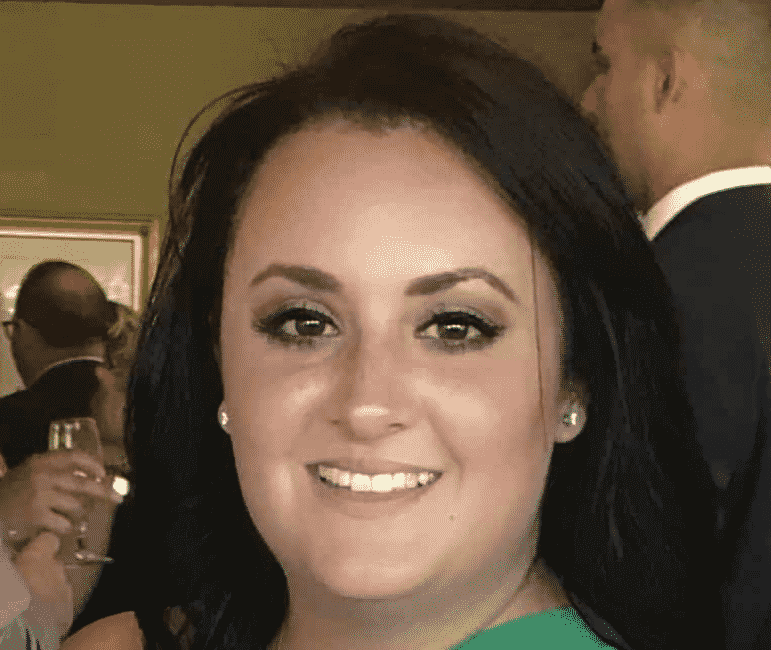 Now a senior communications officer for Lifespan, Marciano explained that she saw the city’s council’s behavior as “not taking any responsibility for their actions” that led to Warwick’s financial situation as Solomon reported it at his state of the city address.

Later review of the city’s books, including the FY18 audit released in July, showed that the city had generally maintained its on-hand reserves and its stable bond rating.

City councilors eventually voted to add $3.9 million to the FY19 school budget in a deal that avoided a potential lawsuit.

The following email transcript has been lightly edited for grammar and flow.

1. What factors went into your decision to take the position at Lifespan?

I began my job search over the summer after completing budget season and the subsequent handling of the school budget issues. The climate between Mayor Solomon and members of the City Council seemed to have reached a fever pitch during the negotiations. Many times, the situation was very intense, and for good reason given the financial standing of the City and what the school department was asking for.

I’m not sure when it happened, but somewhere around then I knew that my time with the City was nearing its end. I think a portion of it was due to the fact that I saw firsthand how hard Mayor Solomon and his administration were working to do what was in the best interest of the whole city, especially the students.

I think when people use the emotions of others as a pawn in a game driven by power and ego it becomes very difficult to remain engaged and get things done. Despite his refusal to engage in such behavior, a compromise was reached. I admire the fact that Mayor Solomon refused to use emotions as a tool to achieve his goals. Despite what people may think, he’s very family and child oriented, and it wasn’t something he was going to engage with.

After that, it became clear it doesn’t matter who the mayor is, there are fundamental issues with council members serving year after year and not taking any responsibility for their actions. When you have council members in office for decades and the financial situation is painted as close to bankruptcy and all they can do is point the finger at someone else… you have to ask yourself what the heck is going on? I’m a taxpayer in Warwick. It’s where my husband and I are choosing to raise our young family. In addition to my work, I also have a vested interest in the success of the city. It became very difficult to swallow the behavior of many people appointing blame and not taking responsibility.

2. What initially drew you to working for Mayor Avedisian? How would you say the work differed between the campaign and the mayor’s office?

When Mayor Avedisian approached me about joining his administration I was honored. I was in TV news and then marketing before coming to work for him. It was what I would call a “dream job” for me—representing the city I love and getting the chance to work alongside Mayor Avedisian who I greatly respect as both a person and as a leader. My time with him taught me more in two and a half years than I could have ever anticipated. The work was fun, but intense, and I always left feeling like I had been part of something bigger than myself.

Obviously, he had been in office for 16 years when I came on board and the community already had so much buy-in with everything he did, it made my job of promoting and representing his initiatives easy. When a new mayor comes in, no matter who they are, after nearly two decades of someone else, they are stepping into large shoes.

Even though he was on the city council during much of Mayor Avedisian’s tenure, being mayor is a totally different ballgame. I honestly believe Mayor Solomon took everything in stride and did far better, I think, than anyone was willing to give him credit for. He is a fundamentally different person than Mayor Avedisian, but you can’t begrudge people for having a different approach.

The differences between the administrations are vast, but both men truly had/have the best interest of the city at heart. Campaigns can be grueling. It takes a strong individual to put campaigning above all else. It’s a tiring process, which is important because it gives you a taste of how being mayor is. It’s not a 9-to-5 job for anyone involved in city government—despite what the critics may think and say. It’s easy to criticize from the sidelines.

3. What were some of the more challenging aspects of the press secretary role, and which did you find most rewarding?

One of the most challenging aspects of being press secretary is knowing how to walk a fine line. So, you’re representing the administration and the mayor, but you also have to stick to your laurels about what you personally believe in. As I said before, people are quick to criticize and pass judgment, but the public usually sees only a small fraction of any one thing that comes out of City Hall. They don’t see the endless hours of effort, planning and work that goes into making things happen. So when people get on social media and bash you without having the full picture it can definitely be challenging and disheartening.

However, without a doubt the most rewarding part is all the people you get to meet. I was raised in Warwick my whole life and I had no clue about all the cool and unique businesses and places that exist right in our backyard. It sounds cliché, but the community and the people who live in Warwick are truly what makes the city so great. During my four years there, I met and was exposed to so much and got to meet so many interesting people along the way. The best part was knowing that I got to represent the city in such a large capacity and meet so many people while doing it.

4. How did Mayor Solomon approach you about staying on board, and how would you compare his management style to Mayor Avedisian’s?

During the transition, Mayor Solomon approached me, and we had a short, but meaningful conversation. He explained his goals and what he wanted and expected from his senior staff. The conversation was brief, but I immediately respected him for putting it all out there. I told him that Warwick was the most important thing to me so that if he wanted me to stay and work for the betterment of the community then I was happy to. He knew from the beginning that I would always work for the best interest of the city, and conversely, I believed (and still do) that he would, too.

Mayor Avedisian and Mayor Solomon are very similar in certain aspects. They both expect a lot from their staff and they both are under tremendous pressure from a multitude of people and places. Not every day was smooth sailing or a walk in the park. Because you’re at the top of the pecking order, a lot of the stress rolls downhill. Fortunately, Bill DePasquale, the current Chief of Staff, is amazing and intercepted a lot for us.

Mayor Avedisian’s management style tended to lean more towards delegating and leaning on department heads and directors to execute the day-to-day responsibilities within their respective offices. He trusted their judgment—until proven otherwise. Mayor Solomon has a more hands-on approach—which I think partially comes from being a business owner himself. As a small business owner, he had to be self-sufficient so it’s natural he would use that approach as mayor.

Neither style is right or wrong, they just have different approaches to how to get things done.

5. What advice would you give your successor?

The advice I would give my successor is have thick skin and a good sense of humor. Whoever steps into the role next will be fortunate to work alongside many talented people—utilize their knowledge. Municipal government is a horse of a totally different color, but if you can figure it out, you’ll have a great experience.