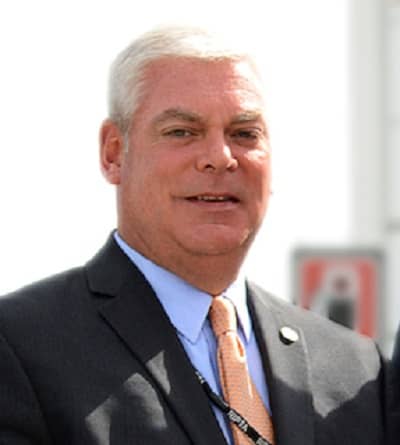 WARWICK, RI — In light of a potential lawsuit by the Warwick School Department against the city for failing to provide adequate funding for education, Warwick Post asked former Mayor Scott Avedisian for his thoughts on so-called Caruolo actions, the possible arguments that each side would make, and the changes that could be made to the state law that governs school funding lawsuits.

Our Q&A with Avedisian, conducted by email, is reprinted below. It has been lightly edited for grammar, punctuation, and clarity.

Question: If the Warwick School Committee were to file a Caruolo lawsuit against the city, it would be the second time in the past year that such an action was taken (the first lawsuit was dropped as a condition of mediation, but Chairwoman Karen Bachus is suggesting the school department may file a new one). In your experience as mayor, did the school committee ever suggest that it may file a Caruolo action, and what steps were taken to avoid it?

Answer: The School Department, at least in the time that I was mayor and Phil Thornton was Superintendent, never threatened to file a Caruolo action. Many years ago there was a threat of Caruolo action, but the General Assembly clarified what maintenance of effort meant in light of cuts made by the state.

The whole issue was communication. In June 2017, the Council cut my proposed budget which meant the schools had $5 million less than I proposed. But constant communication with Phil was the key to moving forward.

Q.: Also typically in Caruolo cases, the city or town argues that its financial state does not allow raising additional revenue through taxes. Which specific conditions might affect a city’s ability to pay more money for schools?

A.: If the city does not make its annual required contribution to the pension system, then they could argue that the city does not have the means to do so. But we used to fund whatever amount the actuary said we should fund. I do not know if they are still doing the same.

Q.: Warwick school officials have noted that the FY18 allotment from the city is roughly $14,000 more (net) than it received in 2010. During your time as mayor, what do you recall the school committee doing to manage its budget and keep it within the funding amounts provided by the city, state, and federal government?

A.: Consolidation of high schools, middle schools, and elementary schools. Since 2015, there are 100 fewer teachers and 10 fewer administrators.

Q.: How do you think a potential Caruolo lawsuit in Warwick would end? Do you think the city would be ordered to pay more, or would the school committee be ordered to make the decisions they have proposed, including eliminating sports?

A.: Even if a Caruolo action resulted in splitting the difference, the City would need to give the schools $3.85 million.

Q.: How do you think the Caruolo law could be changed to allow more flexibility in how communities fund schools, e.g., adjusting the maintenance of effort standard?

A.: Most of the burden of paying for the Warwick Public Schools is borne by the local taxpayers of the City. The Caruolo Act could be changed to offer a community the ability to state why they would be in a hardship if they had to fund schools at a higher level.