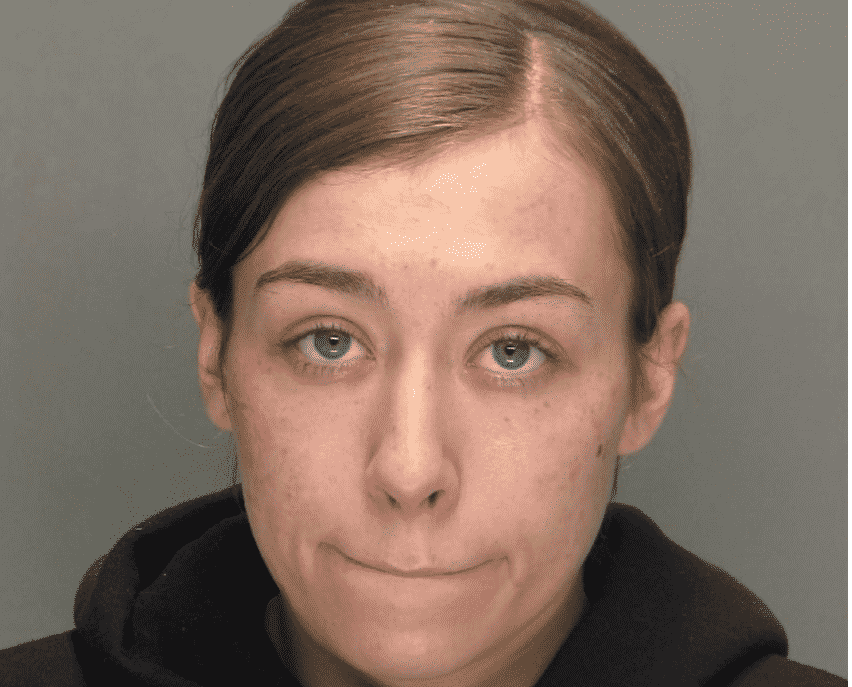 Police report that Skyla Gilroy, 20,  of Alhambra Circle, Cranston, RI, was arrested by U.S. Marshals in Surprise, AZ, on Feb. 1 on an active arrest warrant. by the Warwick Police. Gilroy was sought by the WPD for driving the blue 2008 Nissan Rogue that struck Boss in front of the Speedway Gas Station at 61 Airport Road at 4 a.m. that morning. According to police, Boss was dragged by the vehicle after Gilroy struck him. She fled the scene, leaving Boss in the street.

Gilroy is charged with failing in her duty to stop in an accident resulting in death. She was arraigned in Kent County District Court this morning, Warwick Police report. She was released on a $75,000 surety bail and is scheduled to appear in court on the charge May 24.

This is not Gilroy’s first  time being charged by the Warwick Police. In 2019, officers arrested Gilroy, who was clad in a yellow bikini, charging her with disorderly conduct after she spit and threw a sandwich at a car at the Greenwich Avenue Dunkin Donuts and the Buttonwoods One Stop.