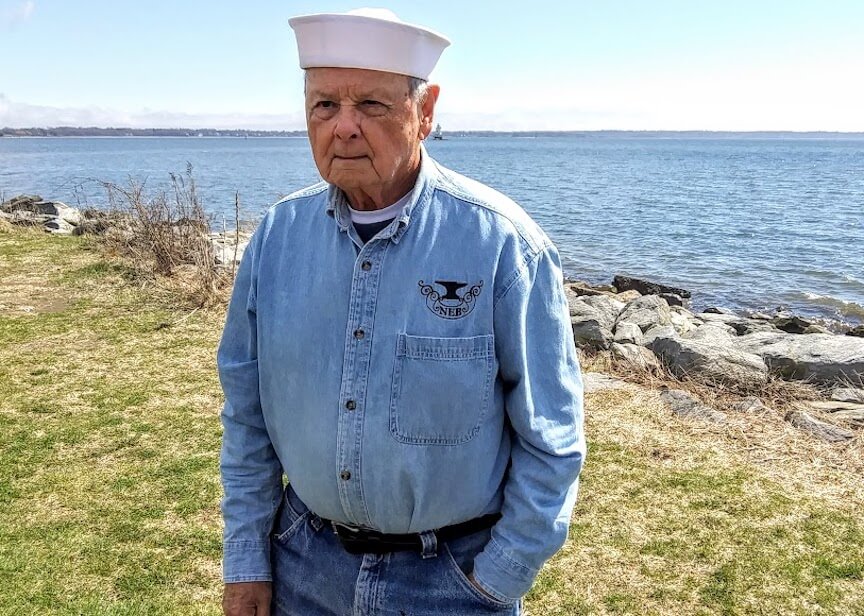 WARWICK, RI – Frederick Mikkelsen was a young man when he lived and worked at the Conimicut Lighthouse from 1958 through 1961.

“I didn’t think I’d live long enough to see the City of Warwick able to take care of their property out there,” said Mikkelsen, now 82.

“It was like stepping back in time,” Mikkelsen recalled. “When I was assigned there, the Chief said ‘What did you do wrong?’”

“I said ‘what do you mean?’ He said, ‘Well, they usually send guys out there as a disciplinary action because there was no electricity. If we needed to get the mail, we had to take the boat up the Barrington River. We’d tie up (the boat) behind the police station and wait until one of the police (officers) was free to give us a ride up the road to get to the mail.’ ”

Mikkelsen also remembers a very bad storm which struck during his time at the lighthouse.

“The big waves would make the tower move,” he recalled.

The historic lighthouse is going to be restored courtesy of a $775,000 federal grant to restore the historic Conimicut Shoals Lighthouse, a boon Mayor Frank Picozzi hosted a press conference Friday at Conimicut Point Park to share details about.

That work will include replacing railings, repairing the existing jetty, weatherproofing the structure and a complete repainting of the exterior shell. The funds will also be used to construct an interpretive educational kiosk in Conimicut Point Park.

Mikkelson said the base of the lighthouse is in poor condition.

“Some of the plates are loose and what happens when they get loose is water gets down in and freezes,” Mikkelsen explained. “It really destroys that base and then the concrete starts to erode.”

Mayor Frank Picozzi thanked Congressman Jim Langevin for securing the funding at a press conference Friday morning at the park.

Langevin said the lighthouse was “an iconic Rhode Island landmark.”

“When we boost tourism, we boost our communities, our small businesses, and our economy,” McKee added.

House Speaker Joseph Shekarchi also expressed gratitude for the work Langevin has accomplished during his tenure for the city and the 2nd Congressional District. The state’s longtime representative in the U.S. House, a Warwick native, announced he will not seek reelection in November.

“I will miss him deeply,” Shekarchi said. “As the Mayor said, the Governor said, this lighthouse is not just Warwick’s treasure, this is a strategic point that warns sailors and navigation boats. This goes up and down the bay of the sandbar. The Conimicut lighthouse is a symbol of the goodness of Warwick,” Shekarchi said. “This grant will go a long way toward restoring the lighthouse and preserving it for generations to come.”