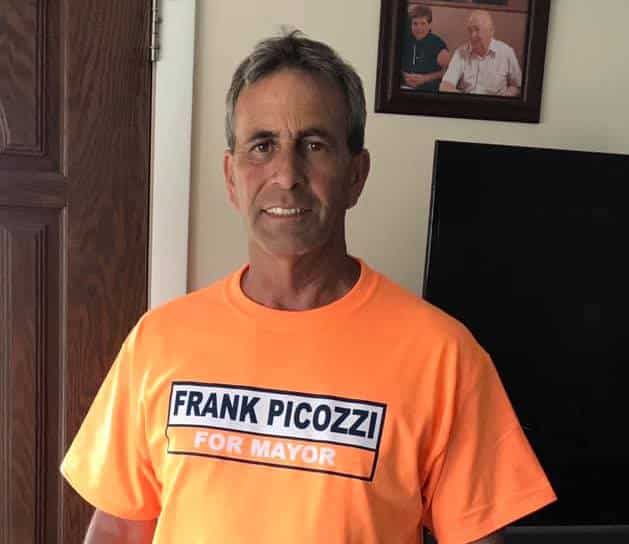 WARWICK, RI — Mayor Frank Picozzi continued raising funds for his reelection, ending the second quarter with nearly $60,000 in his campaign coffers, according to campaign finance reports filed with the RI Board of Elections.

The incumbent mayor also announced that he had given money received from Political Action Committees (PACs) to local nonprofit organizations, saying that the move fulfilled a campaign promise not to accept PAC contributions.

As of publication of this article, Picozzi is the only candidate listed as Active in election finance records and formally running for the office.

On July 11, Picozzi wrote on Facebook that he had “submitted more than the required number of signatures on my nomination papers to the Board of Canvassers and the signatures have been certified, so it’s official that my name will be on November’s ballot for Mayor of the City of Warwick.”

Ernie Flagg, a local plumber who ran unsuccessfully for city council in 2016 and 2018, filed to run for mayor this year, but later told local media that he had withdrawn from the race after failing to collect the required 200 signatures.

WarwickPost sent an email inquiry to Gerald Carbone, who ran in the Democratic primary for mayor in 2018, asking whether he is planning to run in 2022. Carbone replied: “There is no campaign this year.”

Contributions from across political spectrum

One of the most notable features of Picozzi’s fundraising report, which covers April 1 through June 30, is the breadth of political affiliations represented by his donors.

On the Democratic side, Picozzi reported donations from City Councilors Vincent Gebhart ($128.13), Edgar Ladouceur ($125), Anthony Sinapi ($25), and Donna Travis ($230). Richard Corrente, who ran as a Democrat and lost to Avedisian and the late Mayor Joseph Solomon in successive mayoral runs in 2016 and 2018, pitched in $228.13.

Picozzi’s latest report is also a who’s-who of Warwick City Hall staffers who gave a total of $10,258.58 toward his reelection campaign, including:

Picozzi reported that he donated $2,750 in campaign contributions made by PACs since October, 2021.

“When I campaigned for Mayor I said that I wouldn’t accept donations from PACs,” Picozzi wrote in a July 27 Facebook post. “As it turned out none were offered.”

Following his election in 2020, Picozzi said that he “did receive some PAC checks at my fundraisers,” and “put them to good use” rather than return them or use the funds for his campaign.

Picozzi also wrote that he previously donated $250 to the Leukemia and Lymphoma Society and $200 to the Keep Teaching Foundation in honor of Lori Hogan, a teacher at Oakland Beach Elementary School who passed away in 2021.

“The donations total is $200 more than the amount of the PAC checks, but making charitable donations from campaign accounts is allowed,” Picozzi explained in the Facebook post.

Picozzi also took issue with what he termed “an idiotic assertion by the mudslingers and gadflies that I would show favoritism to an organization that donated a thousand dollars (the maximum allowed by law) to my campaign… I have taken the money and put it to good use.”

The incumbent mayor said he will continue with this practice, “that is, if PACS still want to donate to my campaign knowing that the money will be used for a charitable donation.”

Campaign finance reports are next due to the state by Oct. 11, which marks 28 days before this year’s midterm election date of Nov. 8.