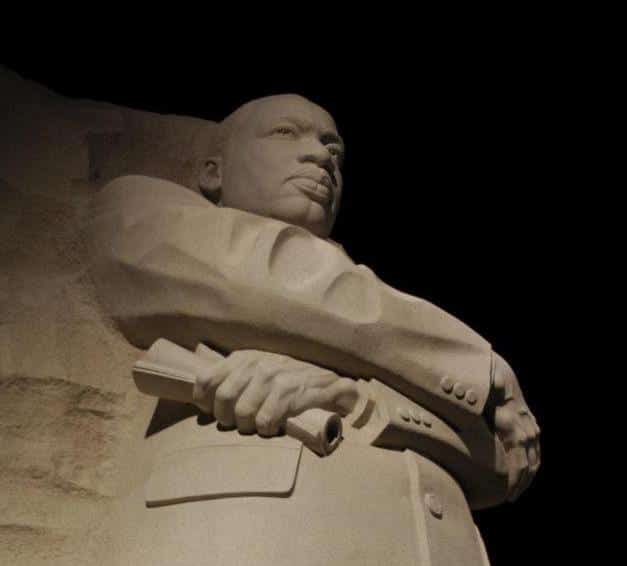 Fifty three years after Civil Rights Leader Martin Luther King Jr. was assassinated in Memphis outside the Lorraine Motel room where he was organizing a crusade against poverty, the scourge has been both worsened and highlighted by the COVID-19 pandemic.

Today, on the federal holiday recognizing King, the public and media talk of King’s efforts in the early days of the civil rights struggle, memorialized in Selma, which you can rent on Redbox or stream on Amazon. Some will direct your attention to a day of service among Americans by way of honoring King’s legacy.

The sad truth that his work against the injustice of racism is a work in progress was underscored this summer, when nationwide protests followed news of Minneapolis police killing George Floyd, with one officer, Derek Chauvin, kneeling on the man’s neck for several minutes. As Floyd pleaded for his life, telling the officers he couldn’t breathe, three other officers watched without intervening.

While peaceful protests spread across the U.S. opposing police violence and police discrimination against black citizens in particular, video and photographs from the demonstrations showed hundreds of examples of police violence against protesters and journalists. Locally, Rhode Island police departments, thankfully, united to oppose such brutality.

But King saw the evils of racism, poverty and war were intertwined, and he opposed them all. He knew he wasn’t finished with opposing racism and injustice, because poverty was wrapped up in it, and he was working to take that on too. So should we.

A modern effort toward ending poverty has since begun, based on King’s Poor People’s Campaign envisioned as  a march on Washington of around 2,000 people, speaking out against income inequity, lack of opportunity, and insufficient wages, according to MLK50. The website quotes King:

We ought to come in mule carts, in old trucks, any kind of transportation people can get their hands on. People ought to come to Washington, sit down if necessary in the middle of the street and say, ‘We are here; we are poor; we don’t have any money; you have made us this way … and we’ve come to stay until you do something about it.’

The Poor People’s Campaign’s agenda calls on federal and state governments to:

According to RI’s page on The Poor People’s Campaign website, Rhode Island’s contribution to the country’s continuing wars in Iraq and Afghanistan totals $17 billion since 2001, and could instead have created 14,000 new jobs in clean energy, or placed every Rhode Island child in Head Start early childhood education programs, or covered the cost of Medicaid for 190,000 adults for the past 17 years.

While you’re thinking about all of that and how you might help change it with your current representatives or in the voting booth, remember the usual answers to common holiday questions:

Non-essential Government departments are closed, as are many corporations.

In Warwick, city hall and the school department are closed for the holiday.
Trash and recycling are delayed one day.

Each year at the breakfast, students are awarded scholarships to help continue their education and pursue their dreams.

Monday’s scholarship breakfast honoring students takes place at 11 a.m. via Facebook live on the Ministers Alliance of Rhode Island’s Facebook page, but you can watch it there afterwards too if you miss the event.

Categories: All Politics Are Local, News to You