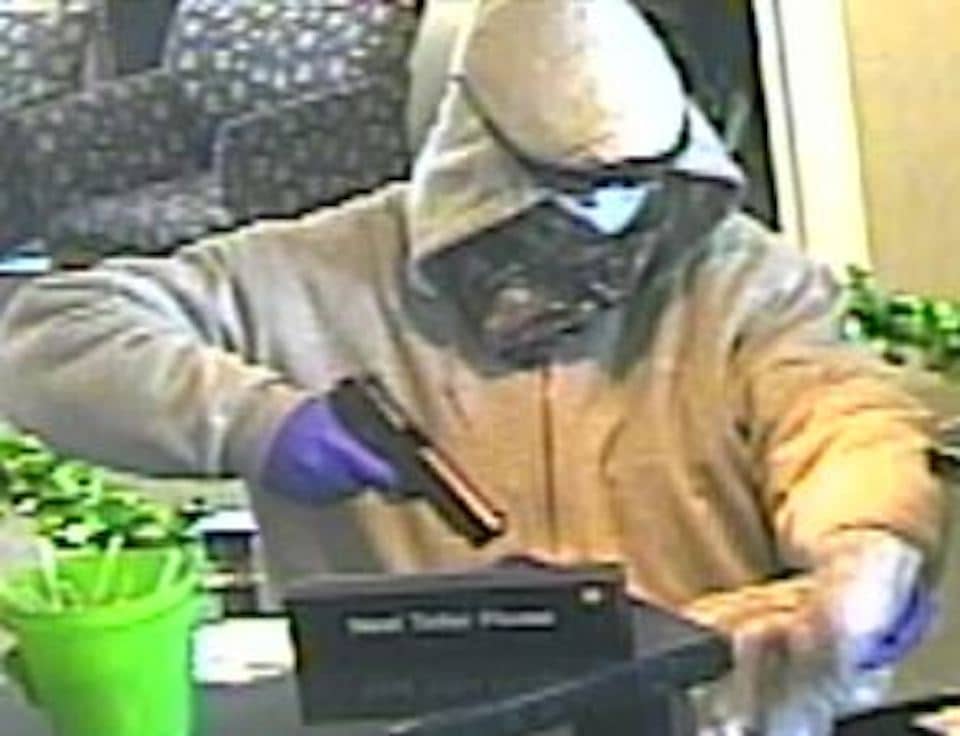 Editor’s note: The following article was reported by Bethany Hashway:

Police described the suspect in a press release as a white male, 6 feet and 2 inches tall with a large build. He was wearing a plaid shirt, with a grey zip up sweatshirt, dark pants, camouflage boots and a camouflage bandana that covered his face.

The man showed a black semi- automatic gun during the robbery, then took off with an undisclosed amount of money.