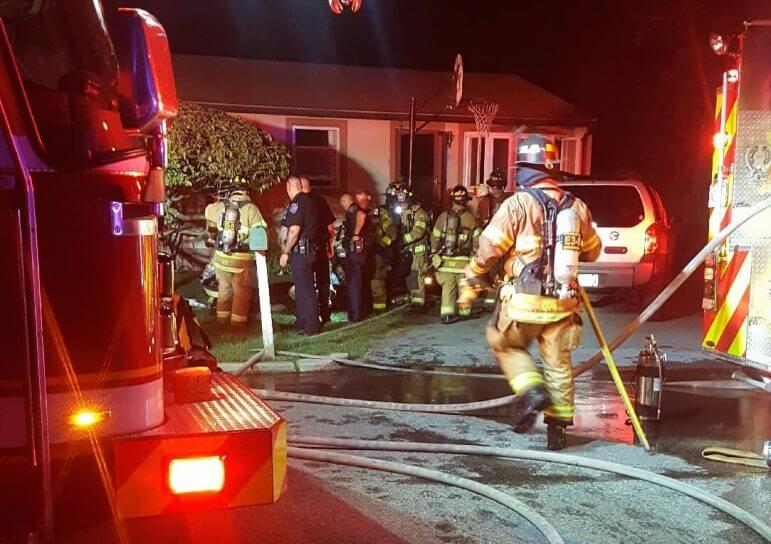 WARWICK, R.I. — Warwick Firefighters were called for a house fire at 31 Ryan Ave. Monday night at 9:12 p.m., finding the 1.5 story wood-frame house with smoke showing, and had it extinguished within about 20 minutes, saving a cat and several dogs from the fire, which caused extensive smoke damage and left the five occupants staying with family nearby.

Four engine companies, a ladder truck, the special hazards truck and two rescues responded to the fire, which had begun in the basement. A routine investigation by the State and City Fire Marshal is underway.

“The fire was knocked down rather quickly,” Viner said, but extensive smoke damage required the evacuation of the home.