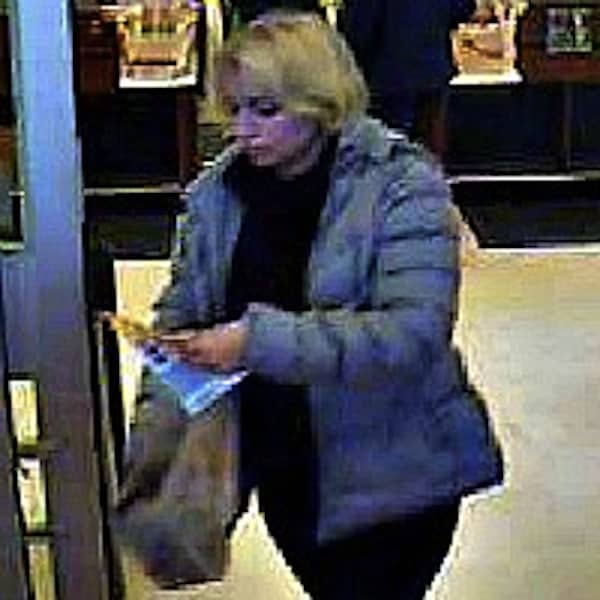 Warwick, RI — Local police are seeking leads in two separate cases of credit and debit card fraud, according to the Rhode Island Most Wanted website.

On Dec. 3, 2014, a female suspect used the debit card number belonging to another person to purchase a greeting card and two Visa gift cards from the Shaw’s Market at 320 Warwick Ave., Warwick Police reported.

Surveillance photos show a woman with blond hair wearing a light blue winter coat, black shirt, and black pants. According to police, the victim was in possession of her debit card at the time.

The Rhode Island Most Wanted website also reported a case of using a fake credit card on Nov. 15, 2014, at the Toys R Us at 575 Greenwich Ave.

Photos from the store’s security system show a black man in his 20s entering the store and leaving in a green car with no hubcaps, believed to be a Toyota Corolla.