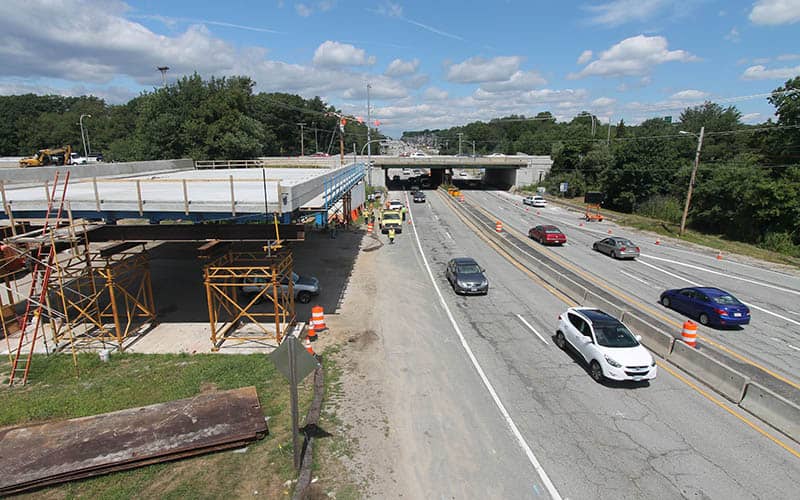 Warwick, RI —The planned replacement of the Barton Corner Bridge could happen on Thursday, Aug. 21, the Rhode Island Department of Transportation announced.

The RIDOT email update sent Wednesday stated that placement of the northbound side of the bridge “is slated to begin earlier than we expected.”

Originally, moving the northbound half of the bridge from its nearby construction site was scheduled for Friday.

As part of the $6.4 million project, the section of Route 2 between Division Road in East Greenwich and James P. Murphy Highway in West Warwick is scheduled for closure on Friday starting at noon.

Also as part of the project, the northbound lane of Exit 8 off I-95 South will be closed through next week. RIDOT announced on Tuesday that new traffic signals have been installed to help drivers on Route 2 North navigate around to Route 2 South, where they can get on I-95 South.

Traffic from I-95 South to Route 2 South won’t be affected by the exit closures.

Heading into next week, RIDOT has scheduled a closure of Route 2 near the project for 7 a.m. to 5 p.m. on Sunday for demolition of the bridge, and again on Wednesday from 9 a.m. to 6 p.m. for replacement of the southbound half of the bridge.