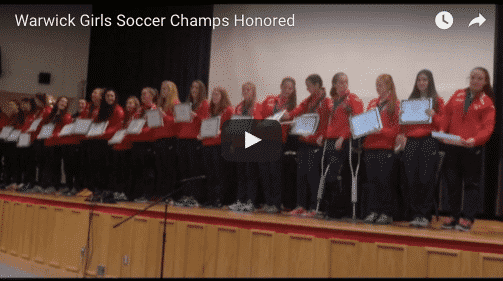 The Titans won the match against the Oakers at Rhode Island College’s RIC Varsity Complex, 3-1, the first championship win in the team’s history.

City Councillors presented the team with citations, which they accepted one at a time as they lined up in Council Chambers, then lined up themselves to shake each girl’s hand.

At the Dec. 8 School Committee meeting, the team attended a similar ceremony, receiving generous applause during each appearance.