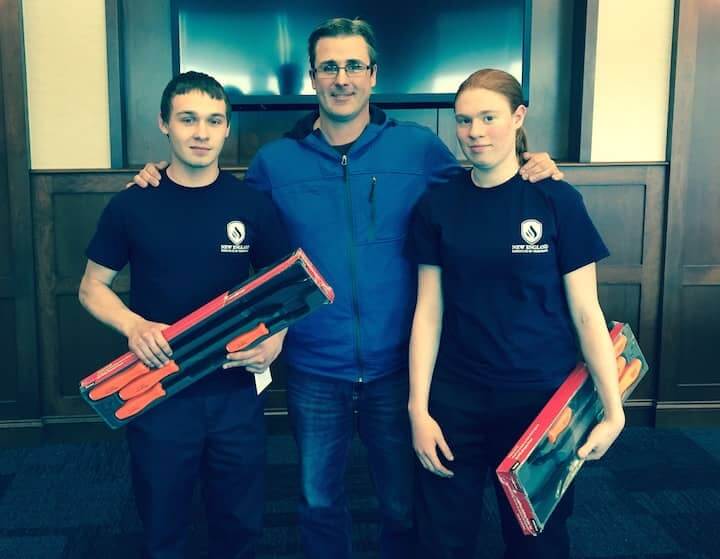 The state-wide competition, hosted by New England Tech in cooperation with the Rhode Island Automobile Dealers Association, allows high school seniors to demonstrate their automotive technical skills. The contest consisted of a written test and eight stations featuring a hands-on challenge to be completed by two-person teams:

3. Suspensions
4. Parts identification
5.  Electrical systems
6.  Diagnostics
7.  Information retrieval
8.  Brakes
“As a young woman, I’m proud of my accomplishments within the automotive competition.  Typically, the automotive technician competition has been  perceived as male dominated.  Not only have I competed with male peers but also I have excelled and won the  competition,” Lavoie said.
“It feels pretty good being best in the state.  I’m looking forward to the National Competition,” said Cullen.
Second place winners received $1,500 scholarships to New England Tech, and third place winners received $1,000 scholarships. All winners received a Snap-on tool set.