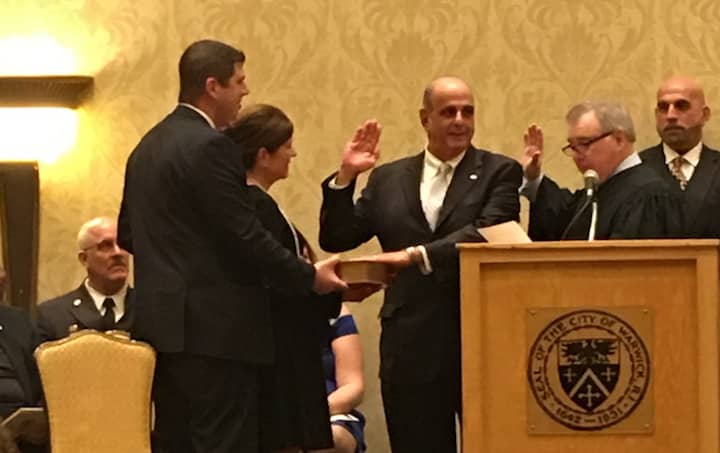 The Honorable Francis X. Flaherty administered the oath of office to Mayor Solomon as Cynthia Solomon and Joseph J. Solomon, Jr. held the Bible on which he was sworn in.

The Reverend Robert Marciano, Pastor of Saint Kevin and Saint Benedict Catholic Churches, offered a prayer for public service before Solomon administered the oath of office to the Council Members-Elect.