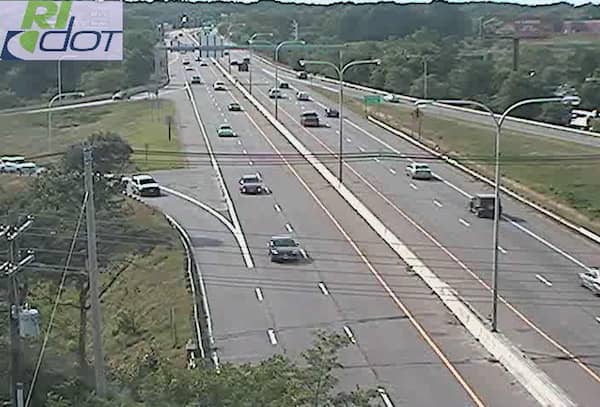 WARWICK, RI — With Rte. 95 bridges in Warwick complete, RIDOT will start a $75.9 million repair of 15 Rte. 37 bridges between Cranston and Warwick July 17, temporarily closing parts of Rte. 95 South and Rte. 37 West in Warwick.

On I-95 South, RIDOT will close the left lane just prior to Exit 14 (Route 37), leaving three of the four travel lanes open for the duration of the two-month project. This will allow the Department to begin rehabilitation work on both the Route 37 East and Route 37 West bridges over I-95. Combined, the bridges carry 57,000 vehicles per day and I-95 South carries 68,000 vehicles per day under these bridges.

On Route 37 West, lanes will shift to the right coupled with a lane reduction from three to two where Route 37 passes over Jefferson Boulevard, between Post Road and the I-95 interchange. The on-ramp from Post Road to Route 37 will have a similar lane reduction. These changes will allow RIDOT to begin phased replacement of the Route 37 West structurally deficient bridge over Jefferson Boulevard. The bridge carries 26,000 vehicles per day. The lane closure will be in place for approximately 18 months.
RIDOT advises drivers to plan additional travel time and reduce their speed when driving in the work zones.

The state of Route 37 bridges

The Route 37 Bridges Project includes preservation, major rehabilitation, and/or reconstruction of 15 bridge structures in both Cranston and Warwick. Six of these bridges are structurally deficient. Four of them will be replaced and the other two will be rehabilitated. The project also includes safety improvements at the Pontiac Avenue interchange from Route 37 West.
The project is funded in part by a $20 million federal TIGER grant secured by Rhode Island’s Congressional delegation.
The Route 37 Bridges Project is part of RhodeWorks, RIDOT’s ongoing commitment to repair structurally deficient bridges and bring Rhode Island’s transportation infrastructure into a state of good repair, promote economic development, and create jobs.