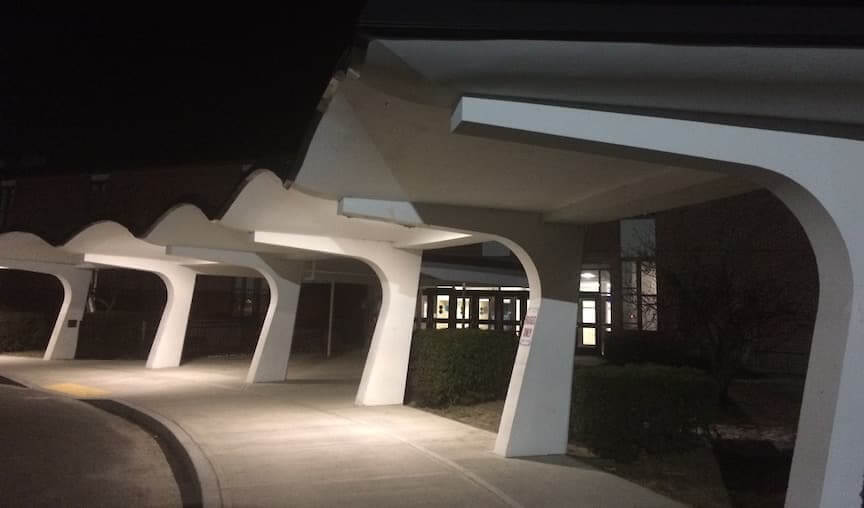 Warwick – The Rhode Island Department of Education (RIDE) has agreed to reimburse the district for the construction of two new high schools for $314 million out of the $350 million cost instead of $300 million as originally anticipated, according to Stephen Gothberg, Director of Buildings and Grounds.

Gothberg told the school committee RIDE is providing “pay as you go” funding, which would allow the district to ask for a $335 million from taxpayers.

Gothberg said if the bond is put on the ballot in the fall and is approved, the district would get an additional $9.5 million in “pay as you go” which would break down the bond to $325 million.

“There is an opportunity here to do something very significant for the schools in this district.”

Testa noted he was “very optimistic” and would “love to get this to the voters.”

“This is excellent news,” said Committee Chairwoman Judy Cobden. “I think the public really needs to understand what a huge gift that would be to us to not get just one new high school, but two and almost get them for the price of one.”

Superintendent Lynn Dambruch thanked Gothberg, as well as RIDE and the School Building Authority for “their cooperation and support” during the planning stages for the project.

Gothberg noted RIDE “went out of their way to get us that extra $14 million.”

Once the City Council gives their final approval, the state legislature will need to authorize that the project be placed on the November election ballot.

If voters approve the funding, the committee will have to return to the City

Council again in December and seek their approval. The design of the new buildings could begin in January 2023.

The news wasn’t all good. Gothberg said he was unable to get a lower bid for renovations for Hoxsie Elementary School, including HVAC and ADA upgrades. Gothberg told the committee last March the project was $1.2 million over budget. He said he “couldn’t guarantee” the project moving forward.

Work is progressing for Sherman Elementary, Winman Middle School, and Greenwood Elementary. The schools are in need of new windows and HVAC rooftop equipment.

The School Committee also voted 4-0 to approve a resolution condemning proposed changes for high school graduation requirements. The changes were introduced by the Council on Secondary and Elementary Education.

The resolution read, in part:

“The Warwick School Committee respectfully requests that the Department of Education to determine the cost to each LEA (Local Education Agencies) to meet the high school graduation requirements and be it further resolved that the Council on Elementary and Secondary Education defer any action on the proposed high school graduation requirements until the department reports to them on the cost to the LEAs of its implementation.

Many LEAs may lack the capacity, instructional resources, and personnel to implement the new legislative mandates as well as the proposed High School graduation requirements.”

Students would be required to learn a foreign language, a change Cobden called “ridiculous.”

All students would be required to take several math courses, including Algebra and Geometry.

A Financial Literacy course will be added to the curriculum for the 2022-2023 school year.

For the graduating class of 2027, a Civics and Computer Science course will be required.

“These are significant changes,” Testa said. “We’re setting up (students) to not succeed here.”

Testa said the emphasis on teaching computer science would have a detrimental impact on arts courses.

Adams concurred, noting if implemented, it would be “putting a stranglehold on individuality.”

Dambruch wasn’t pleased with the new requirements either. She said the district had been moving toward personalized learning.

“With the proposed walking distance, the Transportation Department will be able to maximize the amount of buses within the budget and will continue to route students that are affected by roads deemed hazardous by Warwick Public Schools and the City of Warwick,” said Camely Machado, Director of Non-Instructional Services.

Adams noted the change was accounted for in the transportation budget which was approved for the new fiscal year at the committee’s April 26 meeting.

Categories: News to You, Schools