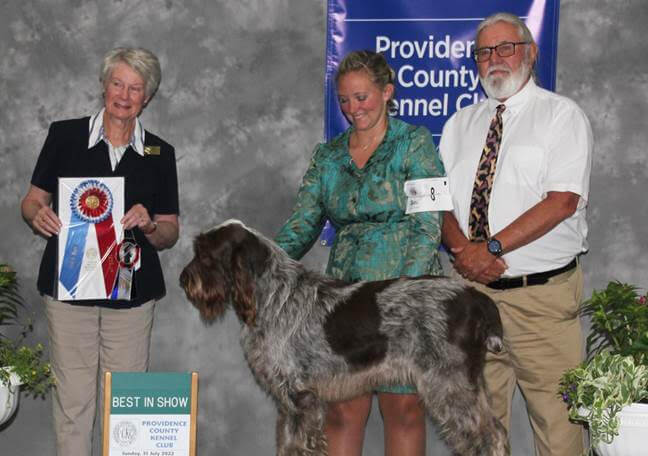 The Kennel Club honored Bennett at its confirmation show Sunday at the Wide World of Indoor Sports in Quonset, where 403 dogs competed. Best in Show was awarded to a Spinone Iataliano named Josie, registered as “GCHG Collina D’Oro Solo Un Bacio.”

“I was tremendously honored when the Kennel Club invited me to be a part of this event,” said Bennett. “Police dogs are some of the most loyal, untiring public servants there are. They protect and serve the public alongside human officers, sometimes at great risk to their own lives and safety. I was proud to sponsor this new law to make sure they receive the treatment and care they deserve.”

‘Police dogs are some of the most loyal, untiring public servants there are.’

The law (2022-H 7021A) which is based on a Massachusetts law that was introduced in response to the shooting of a police dog in Barnstable, Mass., in 2018, allows emergency medical technicians to transport police dogs injured on the job to a veterinary hospital and to provide first aid, as long as there are no humans waiting for treatment or transport.

The bill was signed into law by Gov. Daniel McKee on June 29.