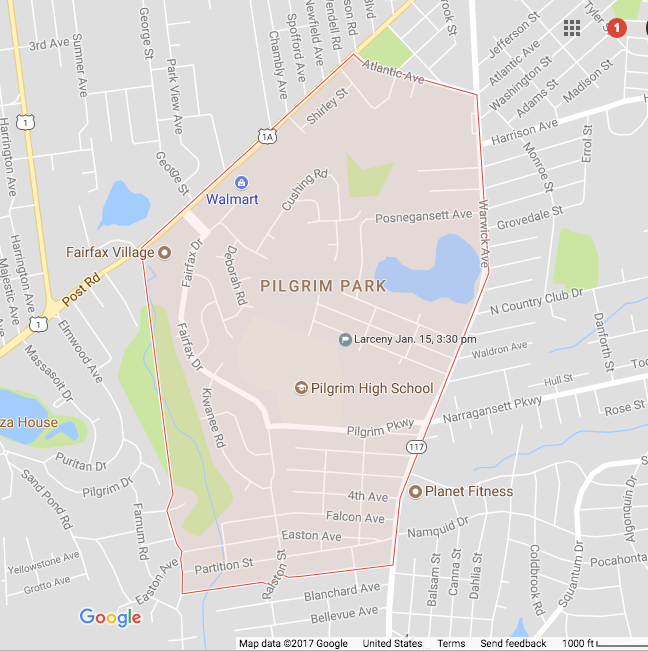 The inaugural meeting be an opportunity for residents to meet each other and discuss projects that they would like to participate in to improve the neighborhood, said Rix.

Johnson and Rix, as well as other volunteers, wrote a letter inviting hundreds of Pilgrim Park residents to the meeting, dropping off the letters door to door.

The letters,  paid for by Friends of Jeremy Rix, give the organizers reason to expect a strong turnout for the meeting.

“We have had a very positive reception so far!” Rix said.

“Since sending the letter, I have also received several requests relating to traffic along Easton and Partition, and will be working with residents to organize a traffic study of issues that the City may be able to address, Rix said.
The letter highlights potential topics of conversation Thursday night:

Thank you to Dean Johnson for all of his work in organizing this.  It is our pleasure to invite you to the first organizational meeting of a Pilgrim Park Neighborhood Association, at the Pilgrim Senior Center on Thursday, September 21 at 7:00 p.m.  Hope to see you there!

Multiple people around Sabin St. have talked to me about traffic problems, especially when school is in.  Many speed past the bus stop at Sabin and Toledo, which is the only intersection that isn’t a four-way stop.  Many aren’t stopping at the stop signs that do exist.  A traffic study can look at all of our options, from adding or taking away stop signs to putting in speed bumps.  I don’t have the power to just request a change.  A change must be supported by a traffic study by the Warwick Police.

Your help is needed to get the right result on the traffic study!  If you are interested in talking to the police officer who conducts the traffic study, please send me an email at RixForWarwick@Gmail.com with your name, address, and phone number by Saturday, September 9, 2017.  I will give your contact info to the officer.

To figure out whether the traffic study recommendation is supported by the people who live near Sabin, I will send out an email to everyone who lives near Sabin who contacted me on this.  If the traffic study recommendation is supported by most people, I will introduce an Ordinance to make it happen.  If not, I won’t introduce any ordinance, and there won’t be any change.  In addition, I am requesting that roads be repaved in this area and for additional police enforcement of speeding and stop signs here along Sabin around school hours.