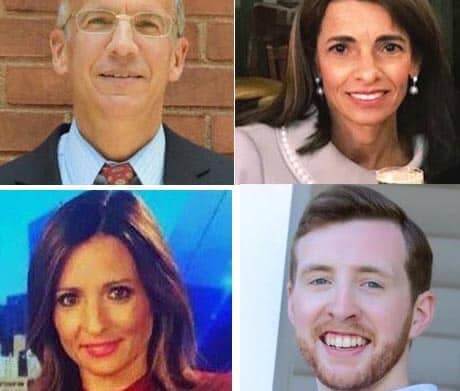 “I’ve assembled my staff after an exhaustive and extensive recruitment and interview process. I am very confident in their abilities and skill and that their help will be invaluable in my mission to make our city a place that our residents will be proud of,” Picozzi wrote in announcing the four City Hall roles.

Susan Nahabedian Ayrassian, Esquire will be Picozzi’s chief of staff.  Ayrassian most recently worked as personnel director for the City of Cranston and is an Adjunct Faculty Lecturer at Salve Regina University instructing graduate courses in business law, social justice and ethics.

Susan earned a Bachelor of Arts Degree in Political Science from the University of Rhode Island and a Juris Doctor degree from the New England School of Law. She has completed training in conflict mediation and served as the Chairperson of the Cranston Diversity Commission. She is admitted to the Rhode Island Bar Association and the United States District Court for the District of Rhode Island.

“After several interviews I have become very confident that Susan is a person that I can heavily rely on to help me achieve my goals and visions for the residents of Warwick. She has an outstanding combination of education, experience, and interpersonal skills,” Picozzi said of his choice for the job.

Elizabeth Tufts will be the city’s media coordinator. Elizabeth brings 19 years of journalism experience to Warwick City Hall. She spent the last 10 years at ABC 6 in Providence as an anchor and reporter. Before that she worked at news stations in Lincoln, NE and Springfield, MA. Elizabeth is the winner of several Associated Press Awards. Besides serving as the chief spokesperson for the Mayor, Elizabeth will tell stories about the community and keep Warwick informed daily through audio and video. She will also focus on sharing stories on social media.

“My goal is to make this city’s government entirely open and transparent to its residents. Elizabeth will be the key to getting the information out to people via the press, and social media. She not only has experience as an anchor and reporter but as a writer and producer as well as vast knowledge of the necessary equipment, ” Picozzi said.

Betty Ann Smith will serve as the city’s constituent liaison. Betty-Ann currently in the city’s Senior Services department. She had previously served in the role of Constituent Liaison for six years. Picozzi said, “Betty Ann has the knowledge and experience that I need in this role. She will have the key role in my administration dealing with the needs to residents and working to resolve their problems.”

Arron O’Brien Mackisey will be office manager at City Hall. Mackisey, who ran in the November 2020 election for the Ward 9 City Council seat, is a graduate of Catholic University of America and is in pursuing his masters in International Affairs at Boston University. He has worked in the offices of Senator Jack Reed, Lt Governor Dan McKee, and Ambassador Jorge Heine. “Aaron  will bring a fresh and youthful perspective to my administration” Picozzi said.

Mackisey will not only manage the office but be assigned additional duties such as scheduling performing administrative tasks.

“I am truly humbled by this opportunity to serve the people of Warwick in Mayor-Elect Frank Picozzi’s Administration. The call to public service is one I have heard all my life, and I look forward to answering it with these fine men and women as we enact a new and positive agenda for our city,” Mackisey wrote of his new job on his Facebook page.