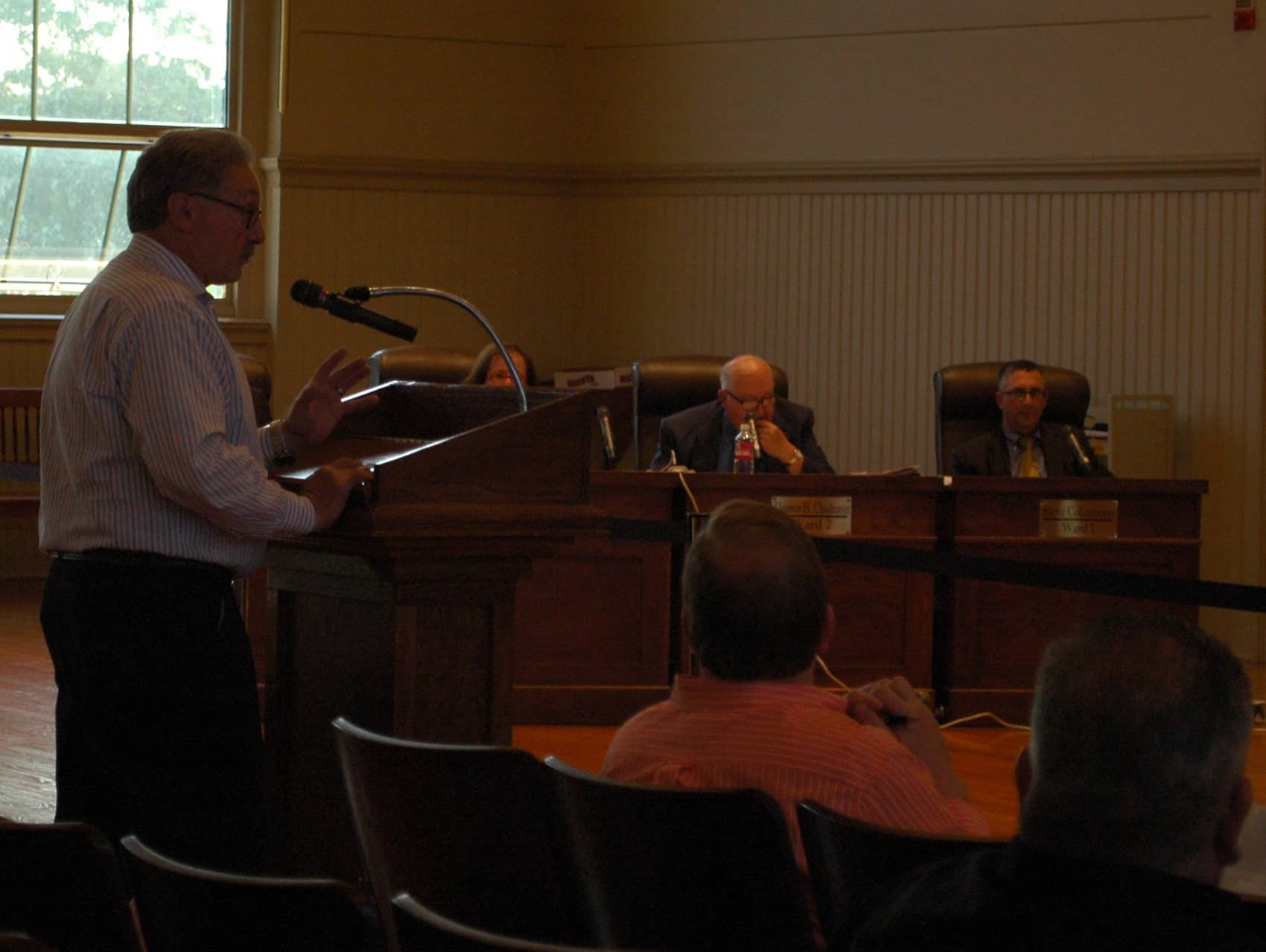 Two members of the public and some city councilors criticized Warwick’s planned $450,000 paving budget for fiscal 2015 as too small during Thursday’s opening round of hearings on Mayor Scott Avedisian’s proposed $288 million budget.

Avedisian said the $450,000 line item, labeled “asphalt” on page 58 of the budget, would pay for materials and putting a contract out to bid to repave about three miles of roads in the city. Avedisian said he was reluctant to budget more for road resurfacing, since that would likely require a 30-year bond, and work on the roads isn’t likely to last that long.

Councilman Steve Merolla asked how many roads the city has. Public Works Business Manager Christy Woodbury said the city has about 500 miles of roads.

“So that’s every 166 years that we repave roads,” Merolla replied.

Michael Martino told councilors that though he’s not a resident, he does travel the city’s roads. Major Potter Road in particular, near Quaker Lane, he said, is in very bad repair.

“I have a motorcycle and I can not travel safely on that road,” Martino said.

Martino said that if a driver tries to avoid the roughest parts of that road, they are often forced into numerous blind spots, making the road more dangerous.

“It’s as dangerous as any other road could be if it were covered with three feet of snow,” Martino explained.

Diane Silvia, who is a resident and lives in the neighborhood of Major Potter Road, agreed with Martino.

“That road is not safe,” she said. “Cars can not come up on the right (correct) side of the road.”

Merolla added: “You can’t allow this line item to be underfunded anymore.”

Councilman Joseph Gallucci said that in the past, the city had put out bonds of $5 million to repave the city’s roads, which lasted about 20 years. Maybe, he said, it’s time to do that again.

Councilman Joseph Solomon said the funding for repaving wasn’t realistic, and shouldn’t have been printed in the budget.

“It’s a waste of ink on paper,” Solomon said.

During a break in the hearing, Avedisian said he’s willing to take another look at the paving funding. He said that a 30-year bond would definitely not be cost effective, but a 15-year bond might be a different story.

“I just think we need to explore it more,” Avedisian said.

Categories: News to You, Uncategorized