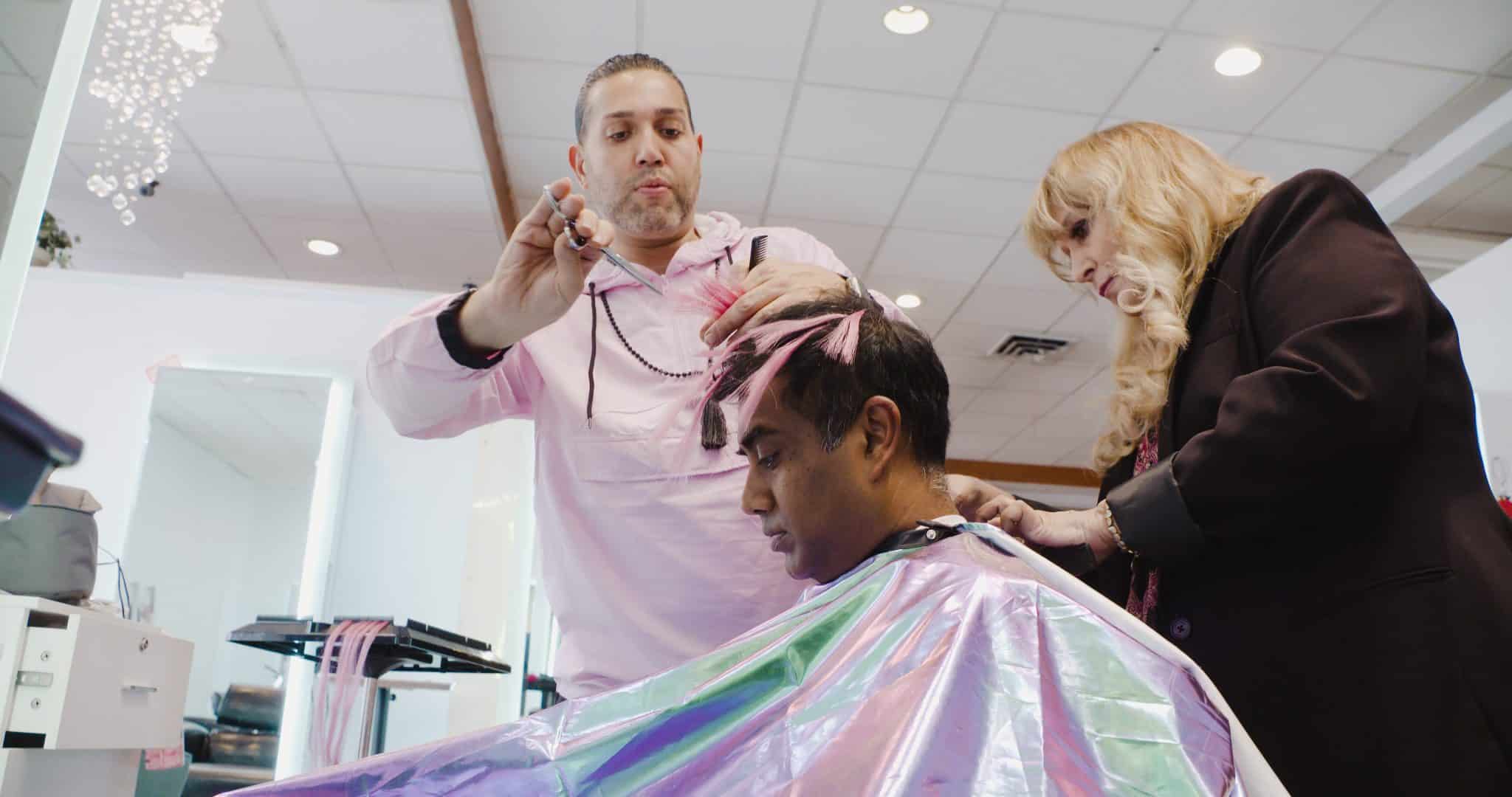 WARWICK, RI — Paari Gopalakrishnan, President and COO of Kent Hospital, promised to dye his hair pink if donors at Kent Hospital’s annual fundraiser Evening of Hope raised at least $20,000 the night of the charity event, and now he’s got pink streaks among his locks.

Donors met the goal, and Paari fulfilled his promise of dying his hair bright pink, all in support Kent’s Breast Health Center. Stylists at Shimmer Salon in East Greenwich spent the afternoon adding the pop of color to Paari’s hair and sent him on his way with styling supplies to maintain his new look.