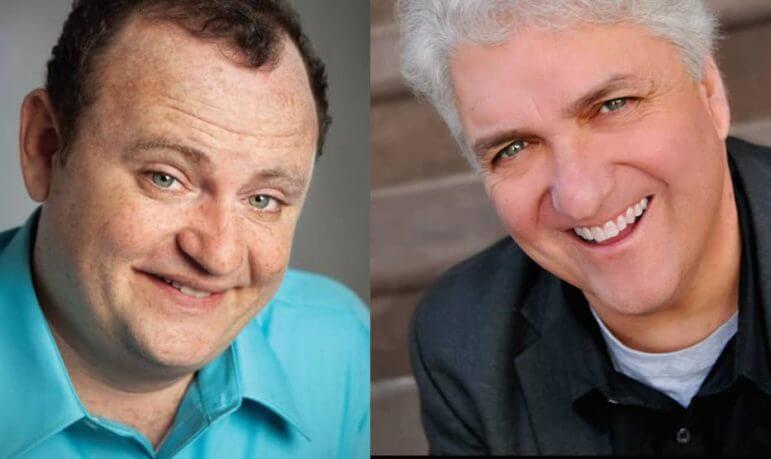 The debate over evolution versus creationism is at the center of the story about the historic arrest of Tennessee schoolteacher John Scopes in 1925 for teaching Darwin’s theory of evolution in violation of state law.

The play centers around two titans of the courtroom based on William Jennings Bryan and Clarence Darrow, who, before they were legal adversaries, were political allies and dear friends. The two master attorneys square off in the courtroom, while the teacher’s fate hangs in the balance. This moving, riveting drama also takes a look at the way different journeys in life can lead to vastly divergent paths and, ultimately, philosophies.

Trinity Repertory Company’s Fred Sullivan, Jr., who won rave reviews for his appearances with OSTC in both Rounding Third and Laughter on the 23rd Floor, as well as his direction of last season’s hilarious production of Breaking Legs, returns to direct what he considers a “great American play – one that has long lived in (his) heart as a favorite.” The ensemble cast of 21 includes Tom Gleadow of East Providence, who has appeared in OSTC productions of 1776, It’s a Wonderful Life and Hairspray and Brandon Whitehead of Acushnet, Mass., who appeared as Mike Francisco in last season’s production of Breaking Legs and as Inspector Hubbard in Dial M for Murder. Mr. Gleadow and Mr. Whitehead will portray the opposing attorneys Henry Drummond and Matthew Harrison Brady, Steven Liebhauser of Jamestown and Marc Dante Mancini will be making their OSTC debuts as journalist and critic, E. K. Hornbeck and the defendant, Bertram Cates. Chris Perrotti of Lincoln, who appeared as Tino in OSTC’s Breaking Legs, returns in the role of Reverend Jeremiah Brown and Nora Eschenheimer of Newport will make her OSTC debut as his daughter, Rachel Brown. Judge Merle Coffey will be portrayed by OSTC favorite Mark S. Cartier of Bridgewater, Mass., who is appearing for the ninth time with OSTC, and the role of Tom Davenport will be played by Benjamin Grills of Ashaway, who is making his OSTC debut. Karen Gail Kessler of Barrington, who appeared as Mrs. Frank in The Diary of Anne Frank, will portray Mrs. Brady and Cleo Zani, who made his OSTC debut in Breaking Legs, returns as Mayor Jason Carter. Julia Bartoletti of Charlton, Mass., Joan Batting of Barrington, Michael “Lenny” Contaxes of Attleboro, Rachel Dulude of Narragansett, Zachary Gibb of Foster, Jason Loete and Gunnar Manchester of Cranston, Jonathan Olivera and Milly Massey of Providence, Frank O’Donnell of North Providence, and Tobias Wilson of Connecticut, complete the ensemble.

The theatre is located at 1245 Jefferson Boulevard, Warwick, RI. Tickets are $34 for preview performances, $34-$49 for all other performances except Thrifty Thursday (April 6) when all tickets are priced at a $10 discount ($24-$39). $25 “Rush” tickets are available on a limited basis one hour prior to curtain on the day of the performance.