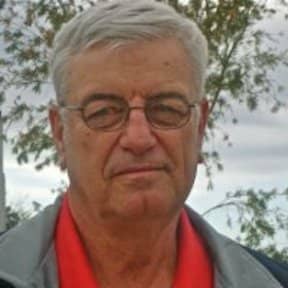 Holland is well-known and popular among Rhode Island educators, according to School Committee member Karen Bachus, and will take the reins at the school department replacing Superintendent Richard D’Agostino, who retired Monday.

Holland has worked as an educational consultant since 2011. He was the interim superintendent for Central Falls Schools from 2006 till 2007, according to his LinkedIn profile.

He is the author of  “A School in Trouble: A Personal Story of Central Falls High School,” and was a professor emeritus at Rhode Island College teaching education from 1998 until 2005, where he was also chair of the education department. He served as a state Commissioner of Higher Education from 1999 till 2002.

“It looks like they’re trying to protect administrators, who are public persons.” – Karen Bachus, School Committee

Rosemary Healey, compliance officer and director of human resources, has been recently reassigned to only handle the human resources department, Vella-Wilkinson said. Dennis Mullen, the former director of Secondary Education, recently took a job in another district.

D’Agostino, Mullen, and Healey were all referenced by title, not named, in a resolution on the July 13 City Council docket calling for a vote of no confidence in the Warwick Schools Administration, Vella-Wilkinson said, sponsored by herself and the other two women on the council, Council President Donna Travis and Councilwoman Kathleen Usler.

Vella-Wilkinson said the no-confidence vote resolution was spurred by the former administration’s handling of Gorton Junior High School Science Teacher Mario Atoyan, placed on leave pending the results of his day in court on sexual assault charges brought against him March 20.

Dagostino, Healey and Mullen, according to the resolution, “failed to take suitable measures in this flagrant and outrageous violation of State and District policies, including mandatory reporting to DCYF, in further violation of the public trust. This lack of decisive disciplinary action arbitrarily places the teacher’s needs above the student’s interests, broadcasts the message that selective inappropriate touching of student and sexualizing the workplace/classroom is tolerated while creating an ethical, respectful learning environment for children is optional. Furthermore, the Superintendent’s description of said teacher a having ‘an unblemished record’ is an affront to the entire Warwick School District.”

“I called for an investigation of the matter,” Bachus said, which resulted in a report provided to the school board by attorney Vincent Ragosta in May.

Combined with the other three officials leaving their positions, “that should satisfy anybody’s appetite,” Nadeau said.

The no-confidence vote resolution was moved until the Warwick City Council’s next meeting scheduled for Aug. 12. Vella-Wilkinson said the resolution may be of little but symbolic value by then, as all three of the people affected will have either left the district or, in Healey’s case, vacated the post held during the incident.

There also remains the matter of the report the School Committee heard on the administration’s handling of the incident, which they’ve so far declined to make public or discuss with members of the City Council, including herself, said Vella-Wilkinson.

Vella-Wilkinson said she’s requested a copy of the report, which the Committee sealed after holding a closed session under the personnel exemption of state Open Meetings Law.  Members of the School Committee have delayed releasing the report, she said, pending a discussion and vote on what parts they can legally disclose.

Since May, Vella-Wilkinson said, the Committee has repeatedly delayed voting on the matter, and have also rebuffed Mayor Scott Avedisian’s request for the report.

“It’s kind of outrageous that the Mayor can request information from the School Committee and be refused,” Vella-Wilkinson said.

Bachus has also called for the School Committee to share the report with the public, the City Council and Avedisian.

After reading the report herself, Bachus, who has a background in clinical psychology, said it makes it clear the administration did not handle the situation appropriately. She said she can’t speak to the details, since the report has been deemed confidential by the School Committee’s legal counsel.

Prior to Ragosta’s investigation, Bachus said she did her own digging into the matter, which is the basis of Vella-Wilkinson’s resolution. She said what she learned prompted her to call for the investigation, which confirmed her misgivings.

“I’ve never seen anything like this,” she said, adding that Gorton Principal Jeff Taylor and his staff worked in the best interest of the students, but top officials in the School Department apparently didn’t cooperate.

Rather than working with Warwick students in mind, Bachus said, “It looks like they’re trying to protect administrators, who are public persons.”

School Committee Vice Chairman Eugene Nadeau said the report hasn’t been released because the school department’s legal counsel has deemed it confidential. He argued that releasing it wouldn’t do any good, as the officials involved have already left or are leaving their positions at the time.

Nadeau said that once they’d read the report, they immediately relieved Atoayan of his teaching position, without pay.

Combined with the other three officials leaving their positions, “that should satisfy anybody’s appetite,” Nadeau said.

Nadeau said he has read the report. When asked if he thought the administration handled the situation appropriately, Nadeau said they did what they thought was best at the time.

Bachus said that during Tuesday’s meeting, Holland said he would have been more open with the public, and also handled the matter differently in D’Agostino’s shoes.

“He let us know that he was aware of it, that that’s not how he handles things,” Bachus said.

Vella-Wilkinson said there are two resolutions on the docket submitted by Councilman Edward Ladouceur seeking to gain information about the report on the administration’s handling of allegations against Atoyan.

First is a resolution exercising the City Council’s subpoena power to compel School Committee Chairwoman Jennifer Ahearn to brief them on the report. Second is a resolution inviting her. If Ahern accepts the invitation, the subpoena will be dropped, Vella-Wilkinson said.

The Warwick Post has filed a public records request for a copy of the report. By RI Open Records Law, the School Department must respond to the request, either with the documents or a refusal to release them, with an explanation, by June 30.