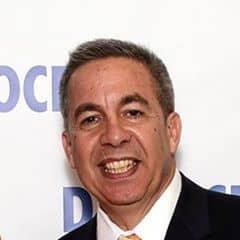 WARWICK, RI — Warwick Republican City Committee Chairman Anthony Corrente has pointed out that Richard Corrente, a self-proclaimed candidate for mayor of Warwick in the 2018 elections, failed to report spending on a full-page Dec. 16 Pennysaver ad, calling it a “willful violation” of state campaign finance law.

A check of the state’s Campaign Finance Electronic Reporting & Tracking System showed Corrente has not reported spending on the ad in the fourth quarterly report for 2017, nor for any period during that year.

“I do intend to file a complaint with the State Board of Elections requesting they look into this,” said Anthony Corrente, who has no family connection with the Democratic candidate.

When reached by phone Tuesday night, Corrente said he did not have an accurate enough recollection of the ad or his campaign finance spending reports to immediately respond to the Republican City Committee Chairman’s accusation.

Anthony Corrente enclosed a copy of the ad in the release announcing the complaint. The bottom of the ad reads “Paid for by Friends of Richard Corrente. Dennis McLaren, Treasurer.” However, Richard Corrente does not report that payment from his finance records or a contribution from an organization with that name.

Possible penalties for campaign violations include fines, an action against the candidate by the RI Attorney General’s office to enjoin them from continuing the violation or “may request any other relief that the court deems appropriate,” state campaign finance law says.