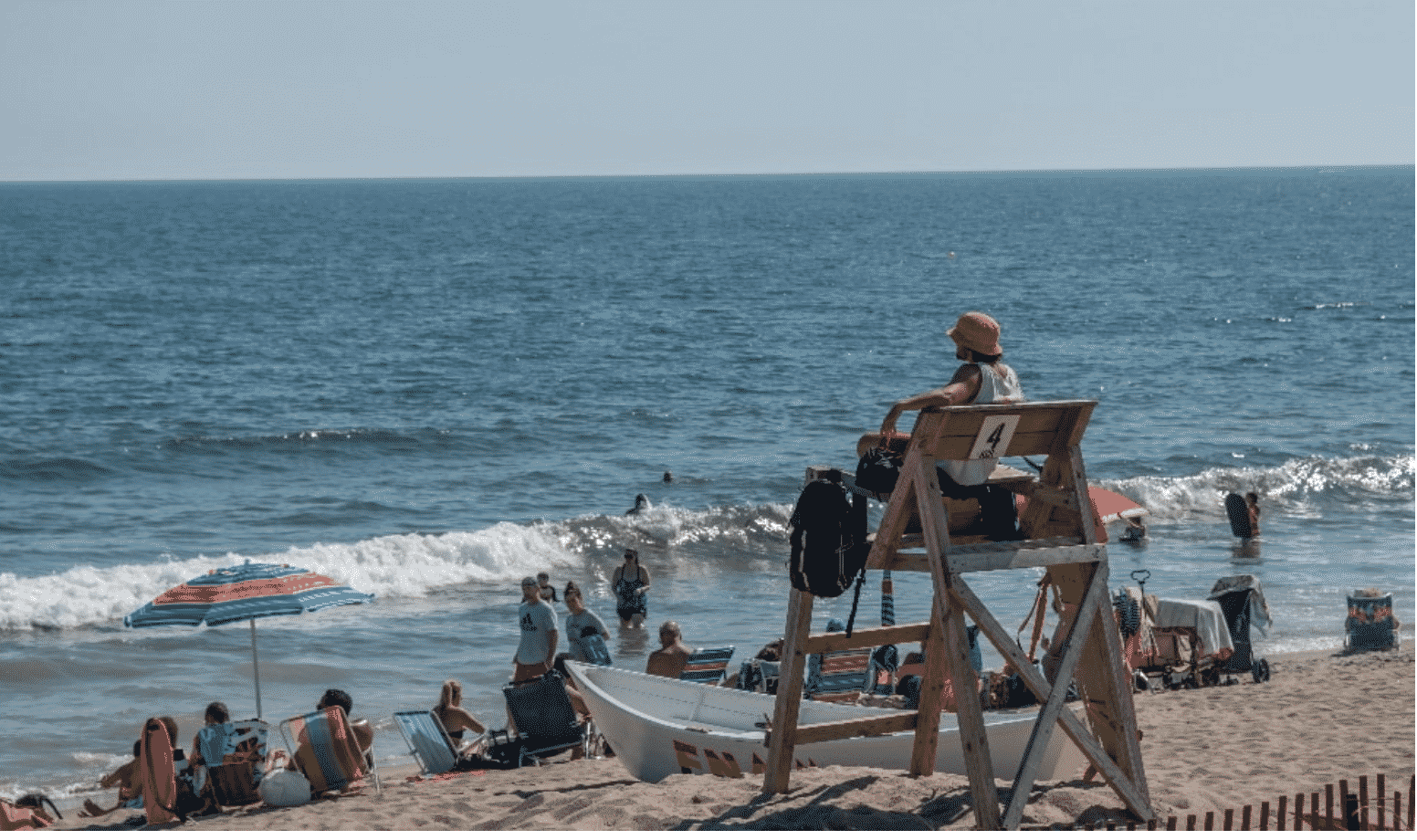 Historically, Independence Day week is the peak of the beach season and depending on the weather, tens of thousands of residents and out-of-state visitors may flock to the eight state surf beaches.

“I grew up two blocks away from Narragansett Bay in the Gaspee Plateau neighborhood of Warwick, so I’ve been a water guy and a beach guy my whole life but still can’t believe how lucky we are.”

“I grew up two blocks away from Narragansett Bay in the Gaspee Plateau neighborhood of Warwick, so I’ve been a water guy and a beach guy my whole life but still can’t believe how lucky we are to have such an array of beautiful, accessible state beaches,” said DEM Director Terry Gray. “We welcome you to hit the beach this holiday weekend and create new, happy memories with your family and friends.”

Once purchased, season parking passes do not go into immediate effect. It takes up to 24 hours during the summer months for a buyer’s residency status to be verified to charge the correct fee and for the pass to be validated. DEM urges beachgoers to plan ahead and buy their passes earlier in the week if they’re going to the beach on the weekend. Individuals may purchase resident, non-resident, or senior season beach passes online, as well as daily flex passes, which allow for one-day parking.

Prepaid customers may use the express lanes at beaches for speedier access. Purchasing season or daily flex passes online also will help DEM keep the express lanes open, as there have been past instances when the express lanes could not be used because too many people were paying for parking at the entry gates rather using pre-paid parking passes. Express lanes are available at all state beaches except for Salty Brine, Charlestown Breachway, and East Beach, which are one-lane facilities.

Tailgating slows it all down

DEM’s parking vendor employs license plate recognition (LPR) technology at the express lanes whereby a scan is taken of the rear license plates of prepaid customers confirming that the customer has paid to allow for quick entry.

“Please allow space for the car at the gate so the reader can scan the license plate. Driving bumper to bumper will cause the system to fault, requiring an attendant to manually enter the plate, and slow the flow of cars,” the agency advised.

Season passes no longer require a physical pass to be placed on vehicle windshields as passes are now electronically connected to an individual’s license plate. DEM wants the public to know that they may see empty parking spots in the state lots, but this does not mean there is empty sand on the beach.

This is related to waiting for enough cars to leave to ensure there is room for new vehicles, leaving a buffer so we don’t have cars roaming around the lot with nowhere to park. Controlling the inflow of cars is the only way DEM can prevent overcrowding in the beach.