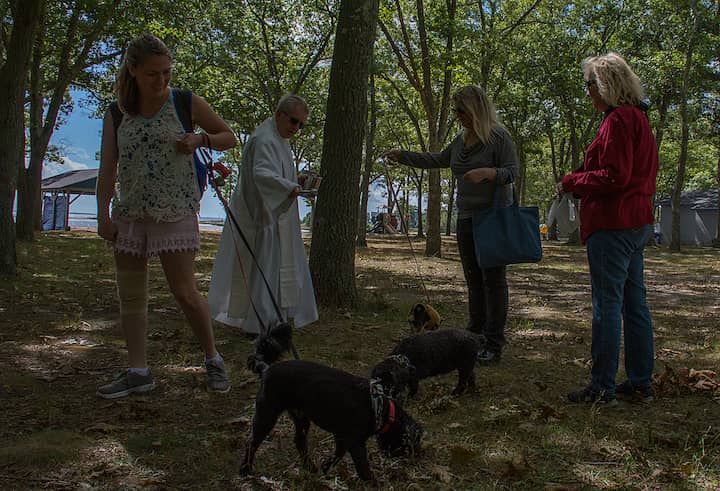 Deacon John Baker of St Catherine’s in Warwick performed the blessings, which were followed by a 2.75 mile walk through the park on Asylum Avenue.

Among the dogs and their stewards were Ruth Napolitano, board member of the Friends of the Warwick Animal Shelter, and her husband, Paul, with with Remi, just turned in recently and still sore from a neutering procedure the day before.

Julie Sussman and Tessa, dressed as a hot dog for the costume contest, were among the many animals that took advantage of Deacon Baker’s blessing, though Sussman’s friend wondered aloud if the pair were allowed to accept the boon, given her Jewish faith.

It was OK, Sussman assured her friend.

Adoptable dogs from the Warwick Animal Shelter were also present to meet, greet and kick off the dog walk.

“This day is probably the most fun for our shelter dogs while waiting for their forever home as they get to spend the whole day at the park!” said Judy Salvadore of the Warwick Animal Shelter.