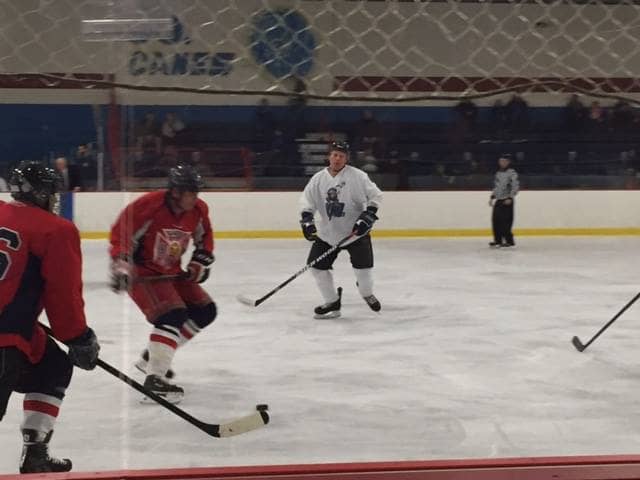 Warwick, RI — The Warwick Police defended their title against Warwick Firefighters during the Mayor’s Charity Hockey Cup Sunday 7-1, but it’s the Tomorrow Fund that wins with more than $5,000 raised for the charity.

The annual hockey match at Thayer Arena on Sandy Lane in memory of Fabio Castro, raised funds for the Tomorrow Fund with $5 ticket sales, a raffle and a silent auction of sports memorabilia.

There’s a chance for more to be donated to the non-profit providing financial and emotional support to children with cancer and their families, said Lt. Joe Hopkins, since donations are still coming in and are still being accepted at Warwick Police Headquarters at 99 Veterans Memorial Drive.

Anyone who would like to continue to donate can drop off a check made out to the Tomorrow Fund with the Officer in Charge at the Warwick Police Department headquarters, Hopkins said.