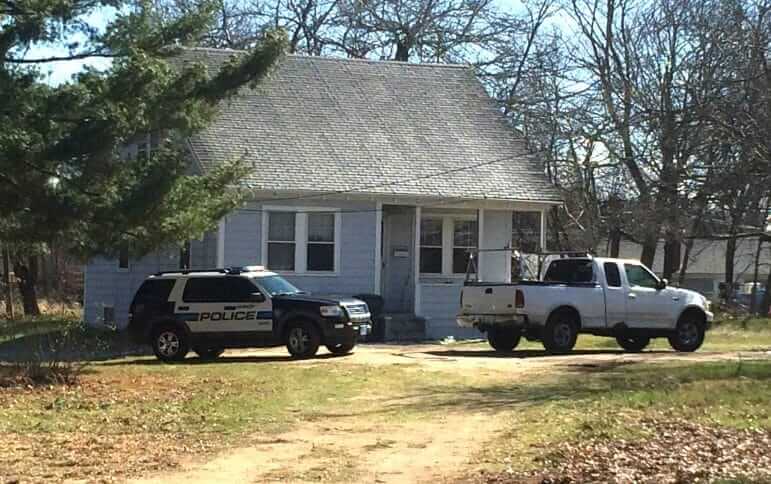 Warwick, RI — Warwick Police responded to the area of 3260 West Shore Road Sunday at 12:22 p.m. for a report of shots fired, arresting a 40-year-old man for firing a hand gun while intoxicated, a felony.

Warwick Police arrested Michael Gustafson, 40, of 3274 West Shore Road, said WPD Capt. Rick Rathbun, after speaking with neighbors in the area, who directed them to a group of people responsible for the gun fire nearby at the address.

There was no property damage and no injury reported as a result of the gun fire, Rathbun said.

Following an investigation by patrol officers and detectives, Rathbun said, “Officers located evidence of discharge of fire arm at the address.”

Police arrested Gustafson at about 12:49 p.m., charging him with firing a hand gun while intoxicated, a felony, and also with discharging a firearm in a confined space, a misdemeanor.

Gustafson, who was on probation for one year following a  plea of no contest to a driving with a suspended license charge Oct. 13, 2015, was held as a probation violator as a result of the latest charges, Rathbun said.

Police are continuing their investigation into the incident.