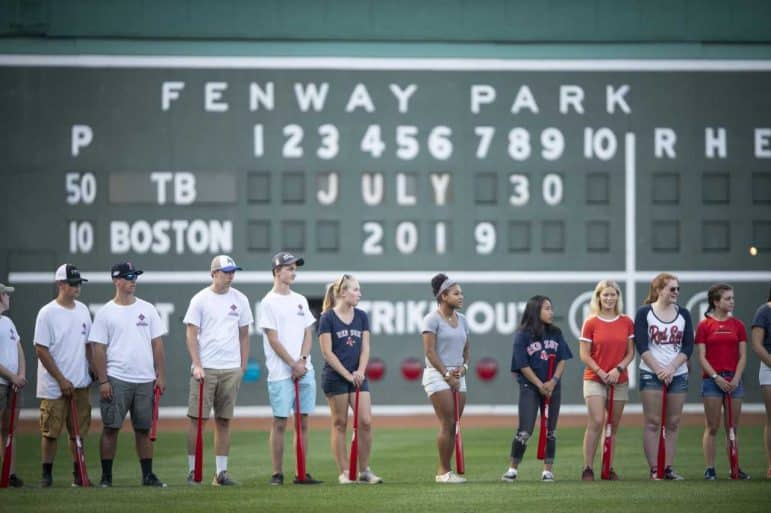 BOSTON, MA — Three students, one each from Toll Gate High, Pilgrim High and West Warwick High respectively, were recognized as recipients of the Red Sox Service Scholarship during a pregame ceremony at Fenway Park before the Red Sox-Tampa Bay Rays game on July 30.

Allaire Allen of Toll Gate, Victoria Tatewosian of Pilgrim and Marissa Carlone of West Warwick were all   recognized and received $1,000 scholarships toward college education.

A total of 210 public high school graduates from Vermont, Rhode Island, New Hampshire, Maine, and Connecticut have been awarded scholarships this year, and nearly all of the recipients were on hand before the game to be honored on the field.

Before their  moment on the field at Fenway, the awardees participated in a community service project in collaboration with Mayor Walsh’s office and the Boston Parks and Recreation Department. The group will conduct a #Trashtag Challenge to pick up trash in five different public parks and spaces throughout Boston.