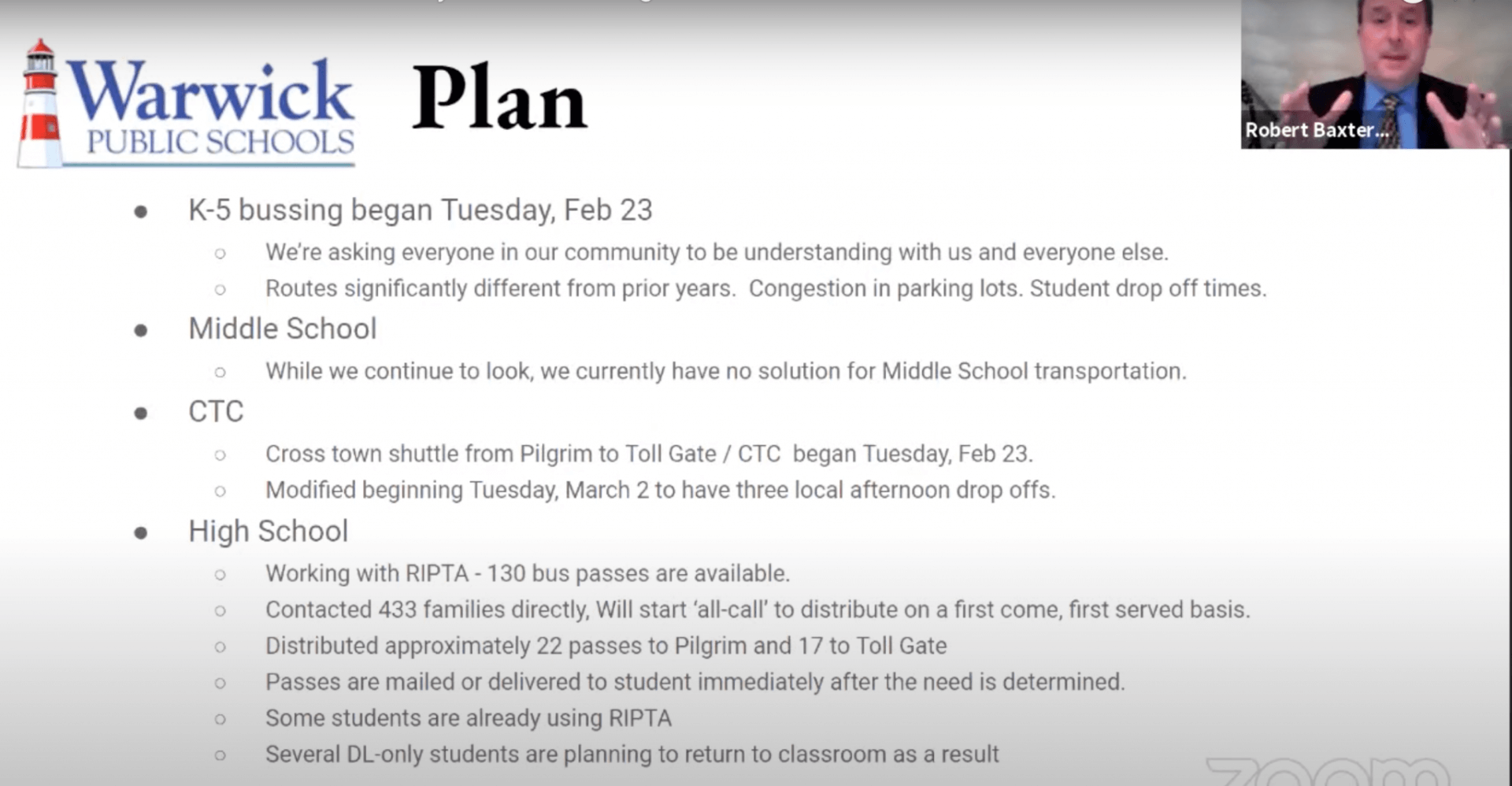 “We thought we had an alternative, but it fell through,” on Middle School buses, said Robert Baxter, Director of Finance and Operations at Warwick Public Schools, during his presentation on bus coverage to the Warwick School Committee Tuesday night.

For high school students, the district has partnered with RIPTA to help bus some students to in-person learning with 130 bus passes for students, but the RIPTA lines are limited on the number of people allowed to ride on the buses.

Families furthest away were given first chance at the passes, Baxter said. Now, the remaining passes are available to anyone who needs them. He noted the passes are not restricted to school trips.

“The passes are not just for school, they’re monthly passes. You can use the bus on the weekends,” Baxter said.

At the CTC, the district is running a cross-town shuttle from Pilgrim to Toll Gate/CTC, picking up about 87 students from Pilgrim in the morning, taking them to the career center, Baxter said. At the end of the day, buses drop those students at three sites within walking distance of their homes, at Oakland Beach, off Church Avenue, and Pilgrim.

That limit and the RIPTA limit are in place to prevent transmission of the coronavirus that causes COVID-19, which spreads easily among large groups of people in confined spaces for long periods of time. The students arriving at the schools will then spend several hours inside with large groups of people, albeit with social distancing and masking rules in place and the added protection of room air cleaners, which further limit, but do not eliminate, the risk.

Upon questioning from School Committee Member David Testa, Baxter said some of the bus company’s drivers are on unemployment and cannot be coaxed back into the workforce.

The bus drivers are themselves vulnerable to contracting COVID-19 from students on the bus, and then to their families, and do not benefit from air cleaners.

Additionally, first-hand accounts from bus drivers working for the company report there is no sick time for drivers, nor hazard pay for working under the threat of contracting the life-threatening disease.

“No extra pay for working in frankly dangerous conditions because of COVID. You can’t socially distance on a bus, the kids won’t keep their masks on. Too many kids on the bus at once,” wrote one driver with the company in Ohio on Indeed.

Testa, participating in the board meeting remotely, as the board has operated throughout the pandemic to avoid the risk of catching and spreading COVID-19, suggested bus drivers couldn’t be persuaded to work inside the enclosed spaces because they were making more on unemployment than the bus company will pay them.

“It’s a distorted system, to be kind, where you can make more by not doing the job you did than when you do the job you do,” Testa said. 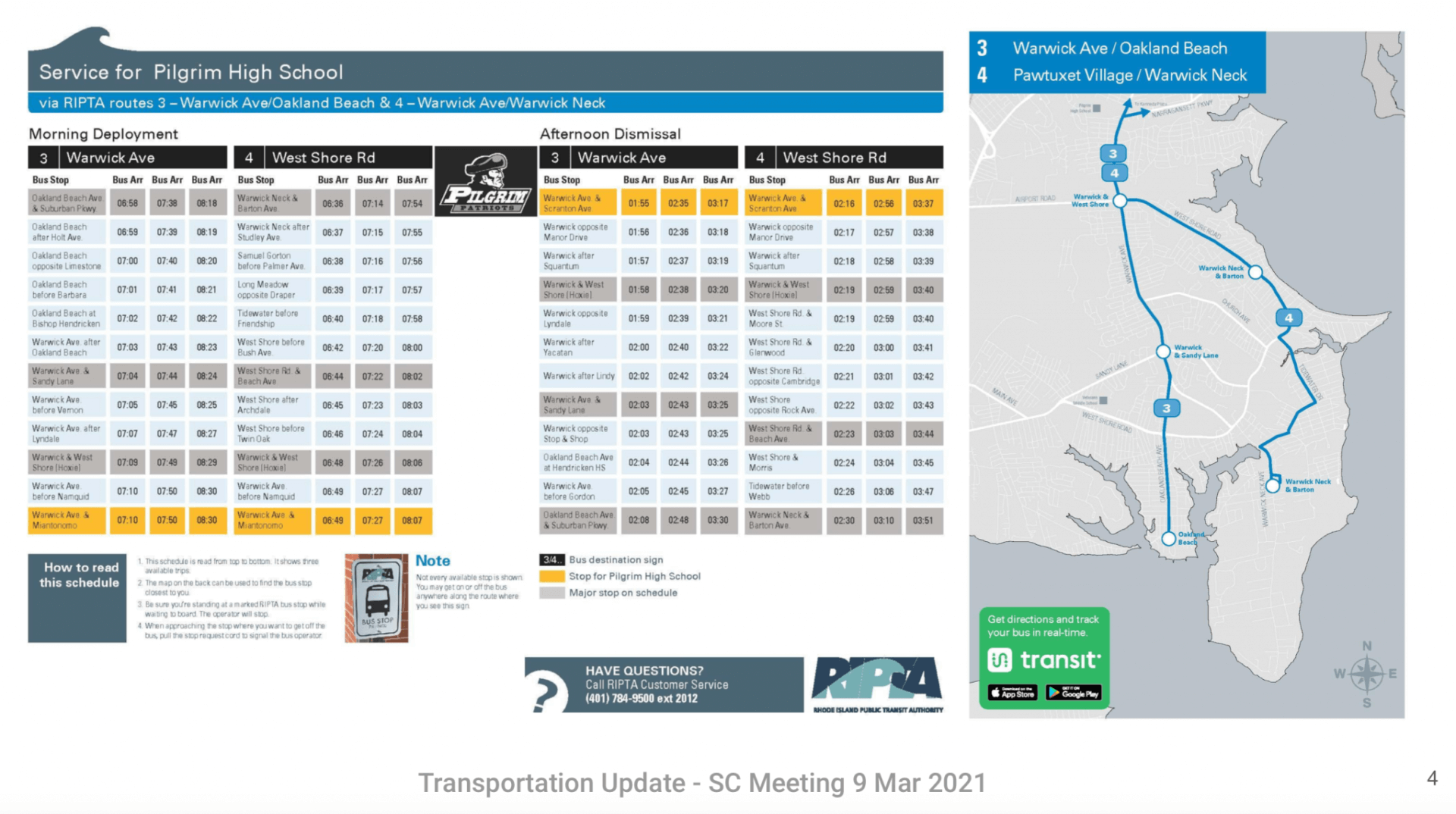 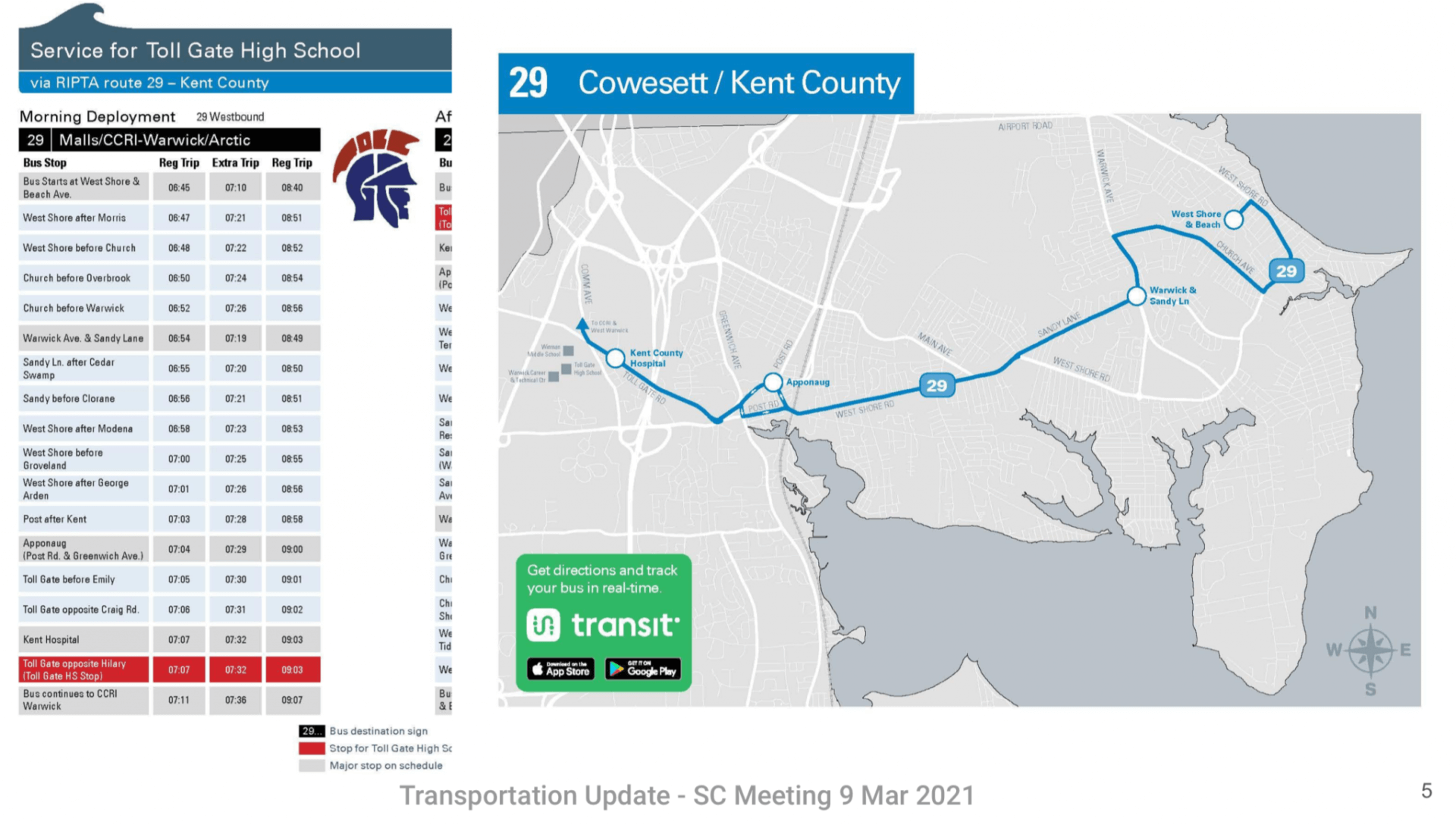