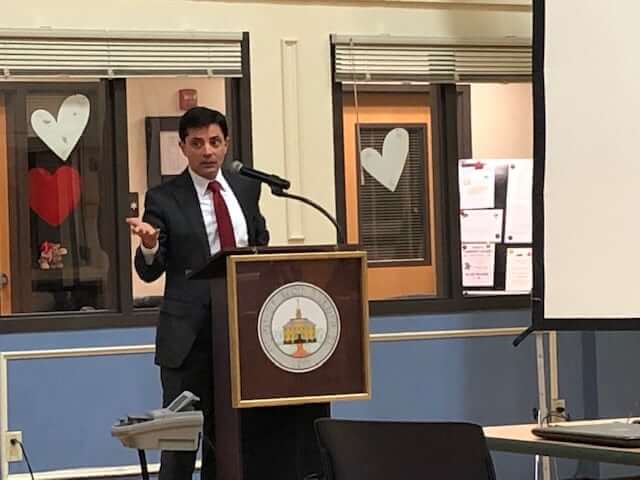 WARWICK, RI— When Warwick Mayor Joseph Solomon announced he was hiring Michael D’Amico as finance consultant, he didn’t mention how much or how D’Amico would be paid, then at first ignored questions seeking that information.

WarwickPost.com asked those questions immediately after the Mayor’s news release on July 10, and repeated the questions numerous times in the days following the first announcement, but the Mayor’s office and Solomon himself failed to respond following numerous calls, emails and an office visit.

The information was eventually obtained through a public records request asking for the terms of D’Amico’s employment with the city, an examination of the FY20 and FY19 budget personnel supplements, and a belated response from Solomon’s office after the documents were obtained.

According to the engagement letter sent by Solomon’s office on July 1, D’Amico is being paid $4,000 per month in exchange for financial and labor consultation services.

As stated in the letter, those services, provided by D’Amico’s company, D’Amico Consulting, or D.C., will include:

New position could be funded from two accounts

Solomon also ignored repeated questions about where the funds to pay D’Amico were taken from in the city budget. According to a review of the FY19 budget’s personnel supplement and the FY20 budget personnel supplement, a new position, “Executive Assistant – Mayor,” was added for FY20 and funded at $50,000.

A spokeswoman for Solomon, Sue Baker, said that the funding for D’Amico would come “from either professional services or the executive assistant line item in the executive office, both line items of which have sufficient funding.”

Following the recent city council vote to add $3.9 million to the FY20 school budget, the original professional services line item — typically used to pay attorneys and legal staff — was reduced from $700,000 to $350,000.

D’Amico recently worked in East Greenwich on the city and school budgets, according to Solomon’s press release.

Baker also said the city had not paid D’Amico as of July 31.

A copy of the engagement letter is embedded at the link below: