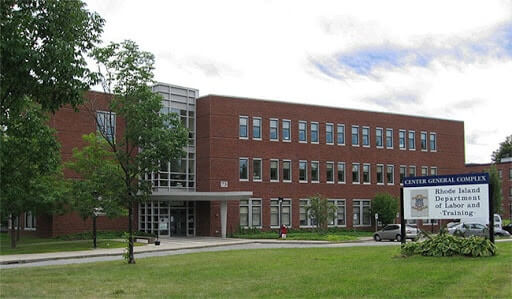 PROVIDENCE — The ACLU of Rhode Island has filed a class-action lawsuit challenging the state Department of Labor and Training’s (DLT) freezing weekly unemployment benefit payments to hundreds of Rhode Islanders without notice or explanation.

The suit, filed Wednesday by cooperating attorneys Ellen Saideman and Lynette Labinger, follows three weeks after the first reports of the DLT freezing payments of thousands of Rhode Island workers who had lost their jobs. The lawsuit argues that the failure of the DLT to provide UI benefit recipients any notice that their payments were being suspended violated their constitutional right to due process.

During her daily COVID-19 press conference Wednesday, Gov. Gina M. Raimondo said the state has been notifying people whose accounts are frozen during the investigation, mostly by phone.

“There’s a national problem now. Many states, including Rhode Island, have been the victim of fraud,” Raimondo said.

The federal government has announced its own investigation of unemployment insurance fraud in a number of states, including Rhode Island.

The ACLU states that while it appears that DLT has recently restored most of those suspended benefits, the lead plaintiff in their lawsuit, Steven Hanson, has not been so lucky.

Hanson, a self-employed real estate appraiser with serious medical conditions, was advised by his physician to stop working two months ago because of the dangers posed by Covid-19 if he was exposed to the virus.

Hanson applied for unemployment, and received his first payment in April, but has not received one since. Seeking an explanation, he called DLT numerous times – and once waited about four hours on hold – without ever connecting to someone. To this day, he has not received any notice or explanation for the cessation of his benefit payments.

During earlier discussions of the state’s investigations into unemployment verification, Raimondo has said the unemployment applications of people instructed by the physicians to remain home from work due to medical conditions would be the most difficult to verify.

“In these times of great uncertainty as to what comes next, and when people are financially struggling, they should not be subjected to a weekly guessing game as to whether benefits for which they have qualified will actually be provided,” Labinger said.

A second plaintiff, Randall Pelletier, failed to receive payments for two consecutive weeks this month, according to the lawsuit. The document describes a bureaucratic nightmare he encountered when he tried to find out why his payments had not been deposited, which included multiple unanswered website submissions to the DLT and a wait on the phone for more than two hours in an attempt to speak to someone at the agency – who ultimately was unable to provide any explanation.

Pelletier’s benefits were restored last week but, like Hanson, he never received an explanation for the hold-up of his benefits, and he fears that, as a seasonal worker, it could happen to him again.

The suit seeks a court order declaring the agency’s failure to provide notice unconstitutional, and barring further suspensions of UI benefits without adequate advance notice to the affected recipient.

“So many families depend on unemployment in these hard times.  It is outrageous that DLT is stopping benefits without any notice at all,” Saideman said.

Categories: COVID-19, News to You, Uncategorized