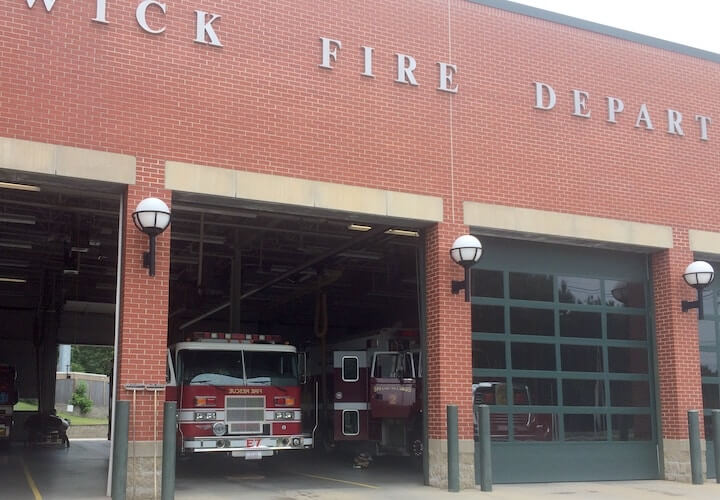 WARWICK, RI — On Sunday, the used ladder truck the City purchased from Westerly broke down while at Warwick Fire Department headquarters in Apponaug.

The truck was not responding to a call at the time, according to a source familiar with the matter.

“The engine literally blew apart,” the source said, speaking on condition of anonymity.

Multiple emails, phone calls and office visits requesting comment made to Mayor Joseph J. Solomon and Fire Chief Peter F. McMichael were not returned. Neither official responded to questions about the nature of the breakdown, the duration of a possible repair and what a repair might cost.

The ladder truck’s engine will likely need to be replaced, the source said.

Thursday morning, Cranston Fire Rescue 7 pulled into the Warwick Fire Department headquarters lot. Solomon and McMichael also did not answer questions about whether Cranston had loaned a truck to the City in the absence of the used ladder truck.

Warwick’s used 1994 Simon Duplex LTI fire department ladder truck was purchased at $25,750 to replace Warwick Fire Department’s Ladder 1, which was deemed unsafe to use without $125,000 worth of repairs.

Brian Martin at Minuteman Trucks in Walpole, MA said there are many factors determining the cost on replacing a ladder truck engine, including the model and the type of damage that needs to be repaired. He said replacing an entire engine on a typical ladder truck could cost about $25,000.