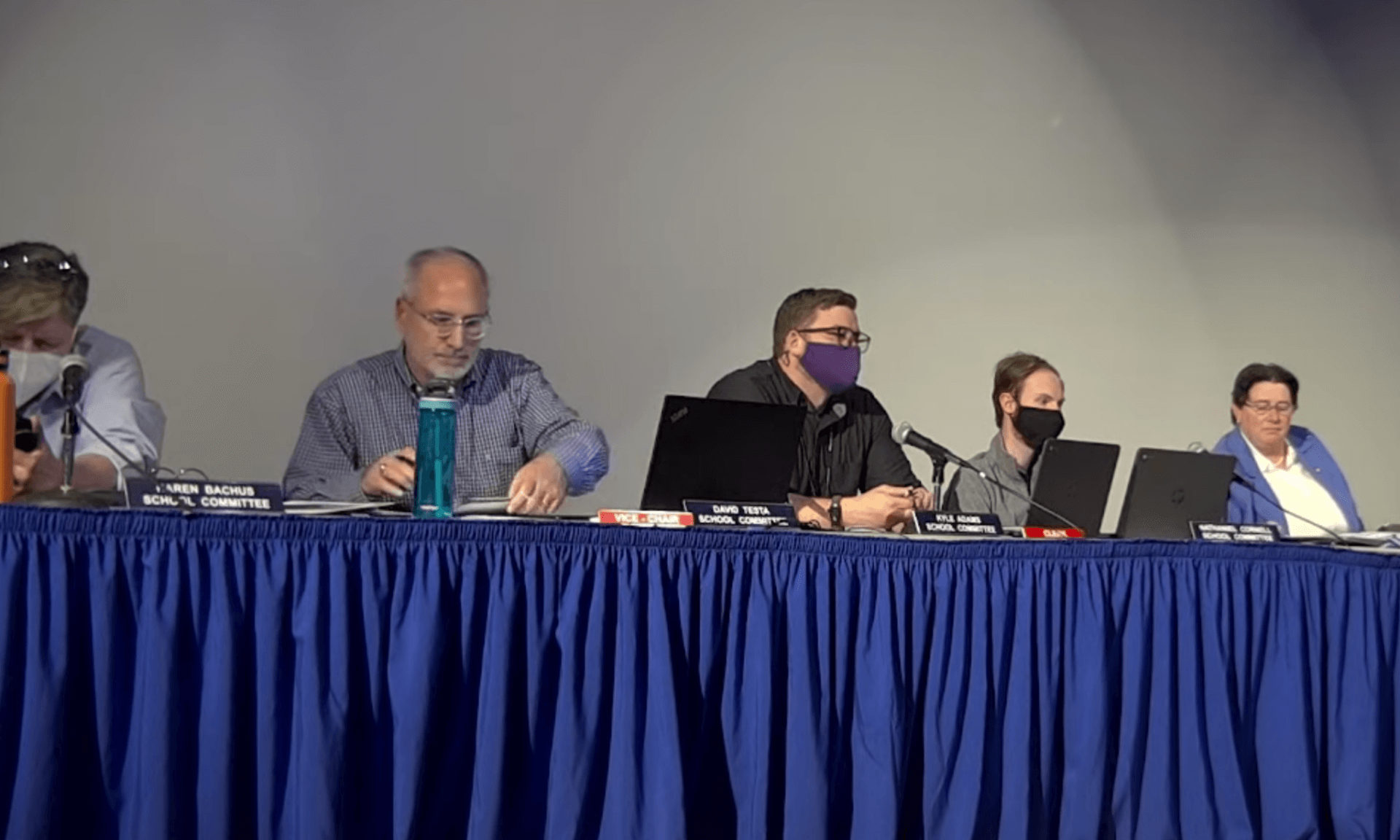 Editor’s note: This article has been updated to correct votes taken during the meeting. Warwick Post regrets the errors.

WARWICK, RI — The Warwick School Committee approved its proposed 2023 budget on Thursday 4-1, sending a $4,907,000 increase request to the City.

“I think we squeezed it as best as we could. And I’m sure we’re all feeling sick, because I know I am,” said School Committee Chairwoman Judy Cobden.

‘I think we squeezed it as best as we could. And I’m sure we’re all feeling sick, because I know I am,’ — School Committee Chairwoman Judy Cobden.

The district had orginally drafted a $5.8 million increase over the 2022 budget Tuesday night, at $179.5 million. In the interim between Tuesday and the followup budget meeting Thursday, Mayor Frank Picozzi said in a Warwick Beacon interview that increase figure was double what the city was planning to support.

Thursday night, the Committee responded with additions and reductions, peppering the changes with familiar protests about the budget process.

“We have no way to raise revenue”, Testa said. “We don’t control the (money) that comes in.” He proceeded to propose a number of cuts, the following of which passed:

“Are we going to sit here and nickel and dime this budget all night?” Bachus asked. Testa replied that he only had a few left.

Testa grouped the next four cuts together, noting that many of his suggestions were from Superintendent Lynn Dambruch.

The cuts were motioned together and passed unanimously.

“How many administrators are we laying off?” asked School Committee member Karen Bachus.

“At this time there are no administrators being laid off,” said Dambruch.

“As we sit here and we nickel and dime things in this budget, I hope you understand that we’re not going to balance the budget by taking $5,000 here, $6,000 there, $10,000 there, cutting things that we may and probably will end up needing, because the cost of products and things are skyrocketing. The city has under-funded us for three plus decades. As I said the other night, and I’ll say again, the city has underfunded us for three-plus decades and the state hasn’t done anything to help education. Everything falls on the taxpayer. And, as the schools go, as I say, so goes the city. If the city invests in schools, makes them robust, we can bring people back.”

Testa made a motion to restore some previously laid off building staff, including a heating mechanic, painter, four of the helper custodians, two helpers and two building mechanics, adding $440,000 to the budget. The motion passed unanimously.

“I think we should add more in because I don’t think we can afford to cut any of them,” Bachus said, noting English teaching positions which had been eliminated.

She said the district is graduating some students who are not literate.

“Every student who graduates from Warwick Public Schools should be literate,” Bachus said.

Bachus made a motion to restore two English teaching positions at Pilgrim High School. The motion failed, with Bachus as the only vote for restoring the teachers.

Committee chair Judy Cobden made a motion to restore four building aids, at a cost of $28,800, passed unanimously.

“This one has been a bit of a struggle for me, because I know the value of the program,” Testa said, noting the cut was “going to have an impact.”

The motion passed with Bachus abstaining.

The School Committee will next meet on Tuesday, May 10.