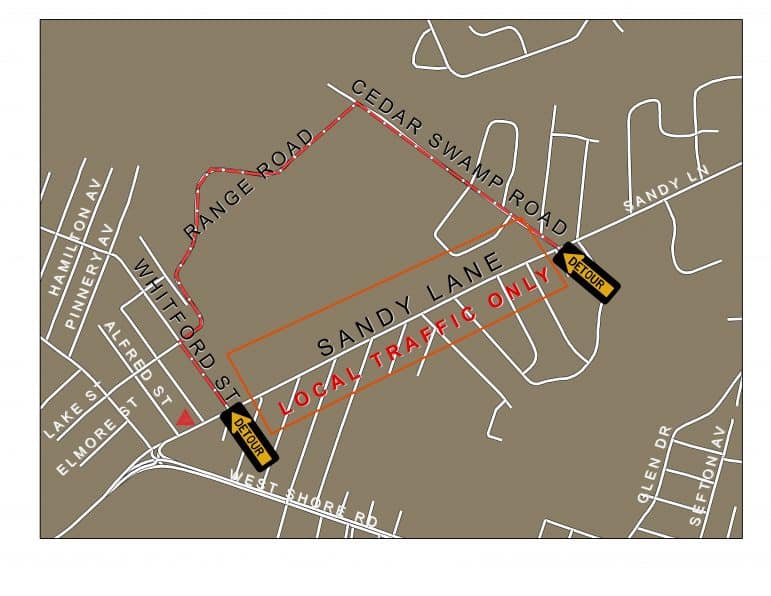 
WARWICK – On Monday, the Warwick Sewer Authority and DPW will start a week-long repair project to prevent 600 linear feet of sewer pipe along West Shore Road from failing that will require a week-long detour.

The last repair of 154 ft. of sewer line that collapsed the day before Thanksgiving took weeks of work, and alsorequired a detour. This detour will only last a week, though an original estimate put the repair time in January was two days. The new detour involves a temporary closure of Sandy Lane, a small section on Armory Drive and another section in the public works yard.

Replacing that section of pipe would normally take at least a month, Burke Wells told the Sewer Authority members during their Jan. 9 meeting. But, she said, vendors had another option, a procedure that would repair the damaged pipe and reinforce it, likely lasting another 50 years.

DPW Director Mat Solitro described it as a tube of cured-in-place piping resembling big, gray sock, that would be inserted into the existing pipe. Then, either water or steam will be pumped into the piping to expand it, hardening it into an interior coating of the damaged pipe that’s now whole again.

During this work, a detour will change traffic patterns starting Monday at approximately 7 a.m., which will remain in effect for about one week:

Except for local traffic, all passenger vehicles will be detoured: