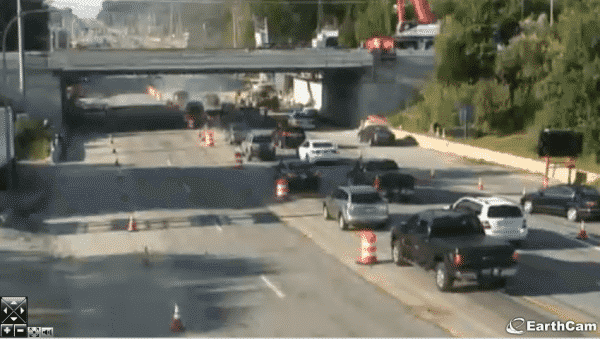 Warwick, RI — As the Barton Corners bridge replacement project heads into its final phase, Route 2 near the construction site is scheduled to be closed on Wednesday, Aug. 27, starting at noon.

No traffic will be allowed on Rte. 2 from James P. Murphy Highway in West Warwick to Division Road in East Greenwich, the Rhode Island Department of Transportation announced on Tuesday.

According to RIDOT, the closure will allow installation of the southbound portion of the bridge, at Exit 8 off I-95 South. The on-ramp from Route 2 North to I-95 South and Exit 8 will also be closed.

So far, the $6.4 million project has been proceeding ahead of schedule, with the northbound section of the bridge installed about a day and a half earlier than originally planned.

Work on the southbound portion of the bridge is expected to finish Wednesday afternoon, with Route 2 reopened by 4 p.m.

Detours and traffic signals are in place to direct traffic away from the area. Drivers are also warned not to stop along Rte. 2 or I-95 to watch the work.