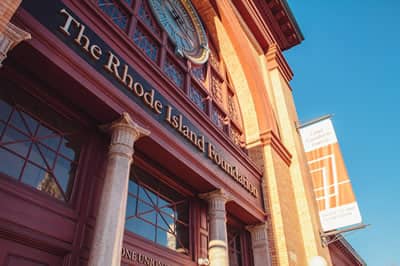 The organization is seeking proposals that bring people together as a community.

“We are looking for ideas that will enhance the quality of life, build relationships and improve community connections. Our goal is to support work that will enliven neighborhoods and build lasting bonds among residents,” said Jenny Pereira, vice president of grants and community investments.

According to the Foundation’s announcement about the grants, proposals should spark community engagement at the local level, be easily accessible, create new or enhance existing partnerships, be relevant to the particular community, promote the role of shared public spaces as local anchors, be doable and demonstrate a meaningful impact.

Priority will be given to proposals that include community support such as matching grants, the participation of volunteers and donated space and other forms of in-kind contributions. Other considerations may include whether projects are led by or serve historically marginalized groups, including people who identify as Asian, Black, Hispanic or Latino, Indigenous or multiracial.

While both new initiatives and enhancements to existing projects are eligible, the grants are intended to support one-time costs and expenses. Applicants will not be eligible for renewed funding for the same project in future years. Capital campaigns, endowments, for-profit entities, individuals, political groups and lobbying efforts are not eligible.

Since launching the Community Grants program in 2016, the Foundation has awarded nearly $2.5 million to hundreds of projects across Rhode Island. Work has ranged from creating performance spaces and urban farms, to hosting neighborhood meals and making historic places and nature preserves more accessible to the public.