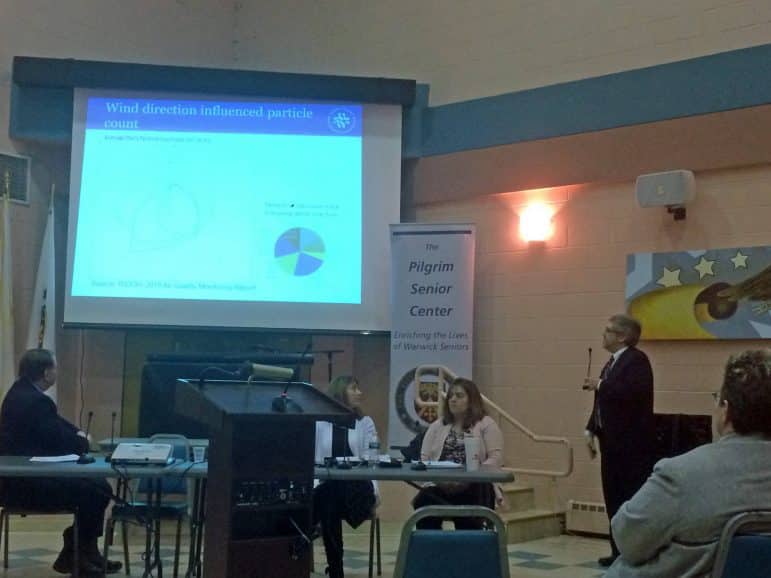 The law extends the program for two years to July 31, 2021, and allows the law to sunset if Rhode Island Airport Corporation (RIAC) takes specific actions for the collection and reporting of air quality data from monitors set up around the airport. RIAC began monitoring for pollutants in early 2008 under a plan developed with the Rhode Island Department of Environmental Management and the Department of Health.

“Two years ago we changed the location of air monitoring sites,” explained McNamara, who chairs the House Committee on Health, Education and Welfare. “This new law requires the Airport Corporation to compile at least 20 months of complete air quality monitoring data from these monitors and submit that data to the Department of Health.”

Under the new law, RIAC is also required to conduct long-term air monitoring at four sites located near T.F. Green to determine the impact of air pollutants on the densely populated residential area around the airport.

“The original playing fields were moved by the Airport Corporation to make room for the new runway extension,” said McCaffrey. “Since jet engines can have a particularly adverse effect on young children, it was imperative that we test the quality of the air at the park that runs adjacent to the runway. The citizens of Warwick have a right to know how air quality is being affected by jet engines taking off and landing at T.F. Green Airport.”

During a presentation at Pilgrim Senior Center in February, Dr. Michael Byrns, a toxicologist at the RI Department of Health, explained that readings from four monitoring sites fell below federal EPA standards for fine particulates, but the pollution still poses a threat to the health of residents living nearby. A Brown University study also found that the levels of pollution were higher to the east of the airport.

The new law requires the corporation, the department of health, and the city to publish monitoring results on their respective websites no later than July 31, 2019, and to maintain the information for at least five years.