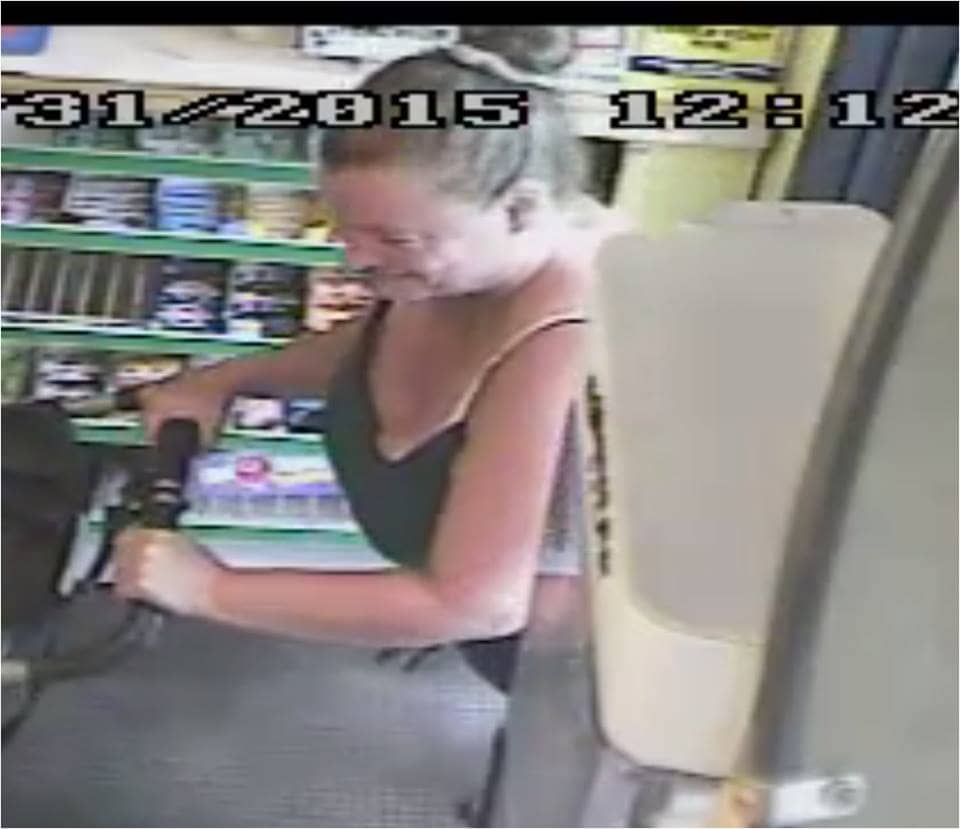 UDATE: 4:26 p.m. July 28: Warwick Police have identified the credit thieves as Corey Maples, 41, of Cranston and Laura Reynolds, 48, of Warwick.

Police reported via their Twitter account, @warwickripd, that the two have been charged with using a stolen credit card at Oakland Mart at 805 Oakland Beach Ave.

UPDATE 12:12 p.m. July 28: The Warwick Police Department reported on their Facebook page that they have identified and located the individuals using tips provided by the public.

Warwick, RI – Warwick Police posted three photos of a man and a woman they say used a stolen credit card at the Oakland Mart at 805 Oakland Beach Ave. on Facebook asking for leads, and the public obliged.

The post on Facebook says the couple used a stolen credit card on three separate occasions, with a small child in the stroller and a young girl with blonde hair, about four-years-old, with them.

“[They’re] from Oakland beach not sure there names but [They’re] always walking the ave,” replied Heather Bergstrom.

Police had not made an arrest in the case as of late Monday night.