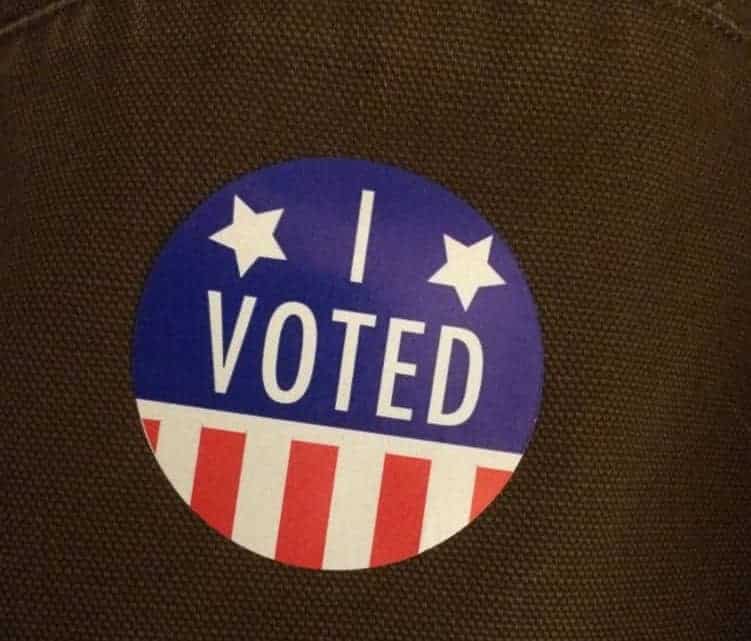 Following a stunning mass abdication of common sense, the nation’s two major political parties will present voters with unprecedentedly unworthy choices for president Nov. 8: A tech incompetent who jeopardized national security, and an ignoramus vowing to assault the Constitution while courting treachery with the totalitarian tyrant of America’s long-standing rival, when he isn’t busy inciting the world’s crackpots to assassinate his political opponent.

Each candidate has failed those supporters miserably, as well as letting down all their fellow Americans. But which is the least disastrous choice come November?

Clinton’s private email server setup was an unprecedented move, as reported by The Washington Post. Secretaries of State Condoleeza Rice and Colin Powell never used a personal server set up in their homes, outside government supervision and safeguards. Clinton did, in defiance of repeated warnings that it was unsafe.

That decision aired State Department communication to whomever cared to review it – in all likelihood hostile foreign states. FBI Director James Comey decided not to pursue charges against Clinton for the transgression, but he offered what ought to have been a campaign-ending characterization of her actions as “extremely careless.”

That would’ve been a damning assessment for any presidential candidate, let alone Clinton, whose very candidacy rides on her supposed competence and diligent service as Secretary of State.

Donald Trump has saved himself millions of dollars in advertising by providing a media storm bluster on his way from mocking a disabled reporter and denigrating war hero Sen. John McCain to insulting a female reporter instead of manning up and answering her tough questions of him.

Trump has also vowed to weaken the First Amendment, suggested blocking Muslims as a group from entering the country, then broadened the ban to bar people from countries “compromised” by terrorism, without explaining what that meant, nor acknowledging that terrorism is an idea that transcends geography and religion, rendering his ban all but useless. (Clinton, for all her faults, aptly pointed out that walls can’t keep out the internet).

Some Trump supporters may find an easy choice between Clinton’s actual deeds and Trump’s supposedly “harmless” talk. This appeals to the shaky premise that talk is cheap. Trump’s talk isn’t cheap, though. We’re dangerously close to paying for it quite dearly. Trump’s talk is in and of itself unpatriotic, dangerous and reckless.

Just for starters, his intent to cripple the First Amendment puts civil society and the Constitution in jeopardy – whether he means it or not. This is no empty threat, regardless of the fact that altering the Constitution requires an act of Congressional cooperation that was rare as hen’s teeth even before the last 10 years of unprecedented partisanship.

First Amendment protection of the press and free speech, as well as the strength of the Constitution as a whole, relies on our collective support. For proof of that you need only review the anti-Constitutional subversion of the Supreme Court nomination process by Republican leadership, who have refused to hold a hearing to consider President Barack Obama’s nominee, Appeals Chief Judge Merrick Garland, as the document that formed this nation — the rule of law Republicans and all members of Congress are oath bound to uphold — legally requires.

The foundation of America, the values we were rightly taught to honor in grade school, the ideals so many of our fellow Americans risked and sacrificed life limb to uphold, depend on the character and resolve of the people we empower to represent us.

Trump’s election will be seen as a mandate for every crazy thing flying from his mouth, and there is no way to know which suddenly legitimized lunacy will do the most damage following a Trump inauguration.

That Trump either doesn’t understand or care about this issue makes a vote for him a willing act to end America as we know it.

But the Republicans nominated Trump anyway.

Such flawed candidates will require Herculean efforts on the part of  Congress, the press and their own staffs to keep them in check. Can Clinton’s staff protect her from further email folly easier than Trump’s people can prevent him from unraveling the fabric of American society further than Republican intransigence already has?

Clinton’s most egregious failing concerns her sloppy stewardship of sensitive information. She’s apologized, but has yet to outline how she will avoid making similar mistakes in judgment.

Trump’s greatest flaw concerns ignorance of, and contempt for, the Constitution and American values. His praise for Russian President Vladimir Putin, effectively a totalitarian dictator in all but name, the embodiment of what America is supposed to stand against, is acutely alarming.

Clinton can address her greatest flaw by owning up to the mistake and providing a detailed plan on how she will handle electronic communication at the State Department and the White House — a concern that should have received serious attention long before now.

Either candidate will bear careful watching if they win the presidency. Neither deserves the job, but the two are not equal.

Trump poses the greater danger — not for change you might be dreaming of, but for an America that, under his leadership, and the mandate that implies, will soon be unrecognizable in all but name.